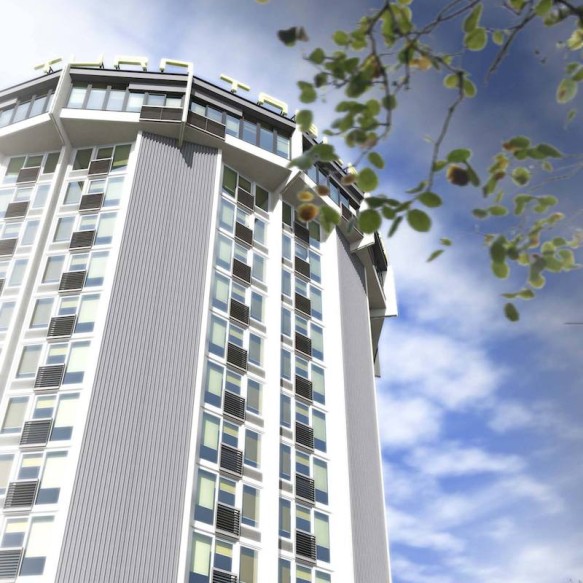 Why and Where Micro-Apartments Are Going Up Might Surprise You

New York, San Francisco, Vancouver and, to a lesser extent, Seattle, DC, Boston and LA are logical places for micro-housing. These cities are very or fairly dense, they have high property values in many spots and have infrastructures that support micro-housing–i.e. decent public transportation systems, strong economies, walkable neighborhoods, etc (yes, LA might be a stretch). But micro-housing is no longer limited to high-density cities with extreme property values. All over the country (and world), micro-apartment developments are springing up, a phenomenon, we believe, is happening for several reasons:

For these reasons and more, many cities that don’t have housing shortages or high density profile of aforementioned cities are jumping on the micro-apartment bandwagon (go here if you don’t know what micro-apartment means).

Here are some North American cities that have buildings touted as micro-apartments that are already built, in process or that are being seriously considered:

There are a few cities not mentioned, notably Jersey City and Hoboken, which this author considers satellite cities of New York. Likewise, there are some buildings whose actual fate is TBD; proposals do not a building make.

If you know of other buildings and developments not mentioned here, particularly in cities that don’t “need” micro-housing, please share in our comments section.