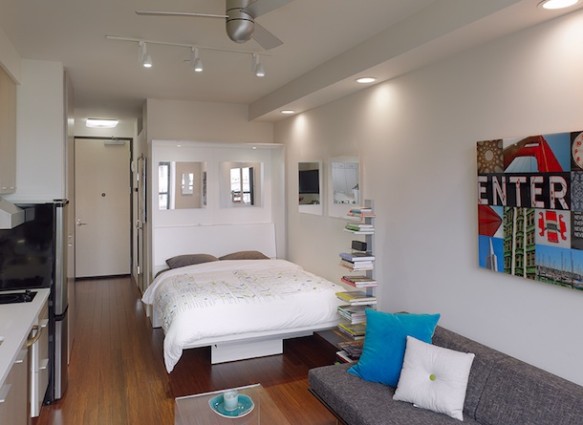 What is a Micro Apartment?

Amidst its turmoil, the City of Seattle has drafted a proposal for establishing citywide micro-apartment (aka “micro-unit” and “micro-housing”) regulations. The good news is that “DPD [Dept. of Planning and Development] has found that micro-housing provides an important lower-cost housing option that is appealing to many renters, and we recommend that it continue to be allowed to meet this demand.”

But before you approve of something–particularly as it pertains to governmental policy–you must define what that something is. And define Seattle did. According to the proposal, a micro-apartment cannot:

The proposal also makes a clear distinction between a micro-unit and a “Congregate House,” which has more than eight micros in a dwelling unit. They site larger developments like dormitories and senior homes as examples of the species, Though “Some recent forms of development with similarities to the form of housing referred to as micro- housing are classified as congregate residences,” according to the proposal. The two respective housing types will undergo different levels of design review; the larger the development, the more rigorous the review.

The proposal suggests a very regional interpretation of what a micro-apartment is. Seattle has had friction when micro-apartments encroached into single family home neighborhoods; they’ve dealt with parking issues and lax design oversight. All of these issues are addressed in the document (available here in its entirety).

The document begs the question of whether there is a universal definition for a micro-apartment? For the adAPT NYC competition, micro-apartments meant an apartment that was between 275-300 sq ft, but these included kitchens and ADA bathrooms. In San Francisco, legislation last year granted an allowance for building dwelling units as small as 220 sq ft, with 70 sq ft for bathroom and kitchen. In Boston, they nervously authorized the construction of 450 sq ft “Innovation Units.” In Providence, RI, they’re making apartments as small as 225 in the Arcade Providence. On the other side of the planet in Japan and Hong Kong, many of these numbers would be shockingly large. In other words, for every region, there’s a different definition of “micro.”

Being confused, we turned to the all powerful Wikipedia for answers. And wouldn’t you know it, they have a definition:

A microapartment, also known as an apodment or microflat, is a one-room, self-contained living space, usually purpose built, designed to accommodate a sitting space, sleeping space, bathroom and kitchenette within around 150–350 square feet (c. 14–32 square metres). Residents may also have access to a communal kitchen, patio and roof garden.

While we aren’t so bold as to question the Authority of Wikipedia, we would submit that “aPodment” is the name of a particular developer’s (Calhoun) properties in Seattle. Other than that, the size parameters are fairly in line with what most people call a micro-unit. (Technically, “micro” (µ) denotes something that is 10-6 or 1/1,000,0000. Given that the average new US home is 2505 sq ft, a micro home might be .0025 sq ft).

We consider the Seattle micro-apartment definition a bit prescriptive. In fact, it more closely resembles a boarding room or efficiency apartment (not bad things per se). Though we understand that much of their policy choices are reacting to an existing situation.

How would we define micro-apartment? Perhaps, “A small, typically urban, self-contained apartment that is between 150-350 square feet.”