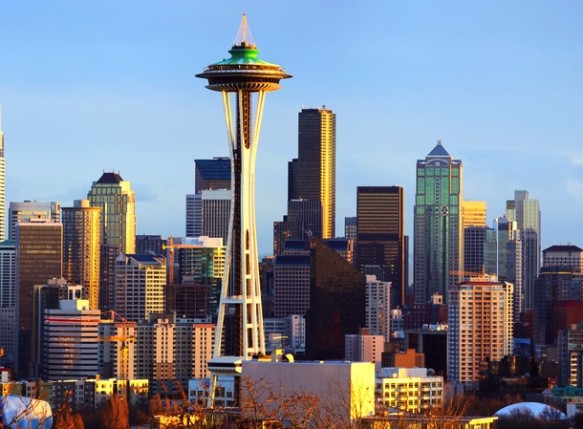 I own a condo next door to one of the aPodments in Seattle’s Capitol Hill neighborhood.

Last evening I spoke with a young woman who lives in one of these micro-apartments (I stopped to thank her for picking up curbside litter left by pedestrians and tossed out of car windows). This woman was shaking as she told of complete strangers stopping to scream at her in a threatening manner as she smoked in a designated outdoor area, cruel comments directed at the micro-apartment tenants as a whole and scathing prejudice voiced at neighborhood meetings (meetings that she actually bothered to attend).

This woman is working and studying at a nearby community college; the micro-apartments proximity to mass transit and excellent “walk score” preclude the need for expensive car ownership and the relatively low rent allows her to work toward her dreams.

Everyone is entitled to their opinion, of course and it’s true there are plenty of ugly, cheap apartments being built in Seattle without regard for impact. The developers who stand to gain wealth from these buildings are appropriate targets for dissent and complaints re: zoning laws and structure; the inhabitants of these structures are NOT.

Yes most of us love to look at gracious, old brick buildings with stunning landscaping, but this is an urban neighborhood and those mansions often come with $4 million price tags and the need for “staff” [see above video for an example of what Innis is referring to].

A neighborhood that prides itself on creativity, acceptance and diversity has in many cases become hostile and disrespectful to “poor people”.

Innis touches on most of the objections to micro-apartments: illegal zoning, inadequate community approval, rapacious developers. But her tale also alludes to a less technocratic objection: that many residents don’t want what they perceive to be mostly young, single, less-permanent, lower-income micro-apartment dwellers to change the character of their mostly middle-age, family-oriented, more permanent, middle-to-upper-middle class neighborhoods. This objection withstands the obvious demand for affordable housing in centrally located neighborhoods; the questionable veracity of the arguments about the demographic makeup of the micro-apartment dwellers; or their actual impact on the character of the neighborhoods.

Fortunate for the micro-apartment advocates, Seattle Mayor Mike McGinn is decidedly less conflicted on the issue, focusing on the apartments’ affordability, central locations that curb the need for cars and that their appeal to all ages. Here’s what he told KIROTV:

What we’ve seen is the rise of these micro apartments because it’s affordable living for people who don’t want to own a car and want to use transit and ride a bike. And they’ve been very popular. And it’s an affordable way for a young person or an older person to live in the neighborhood where they work.

While this pro-con polarity is getting most of the media attention, there are less public, more nuanced opinions in many Seattle neighborhoods that find themselves host to micro-apartment complexes.

One Seattle Life-Editer says that he was encouraged to sign a petition opposing a micro-apartment building by an online neighborhood forum, but this same forum routinely has postings seeking reasonably-priced apartments for friends and family just moving to the city.

He believes that Seattle is a very civil place, so the density debate is sometimes framed by the practical realities of finding places where schoolteachers, Starbucks workers and young families can live. But when this practical question is tempered with economic interests–for the resident looking for an affordable place to live, for the developer looking to capitalize on this demand and for the citizen trying to preserve the integrity and value of his or her neighborhood–there’s a lot of room for disagreement and debate.

There are no easy answers, so feel free to continue the debate in the comments below. We’d love to hear you thoughts.