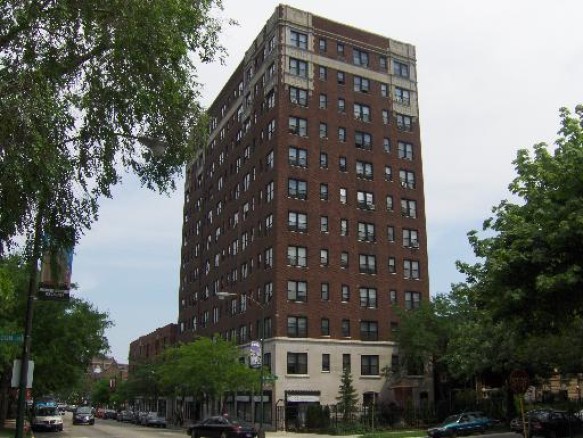 Chicago adds its name to the growing list of cities that are building large-scale micro-unit developments with FLATS Chicago. The project is quite an undertaking. The development company, Cedar Street Co, has acquired seven buildings, representing 1200 apartments that will be converted into luxury apartments in the city’s rough-and-tumble Uptown and Edgewater neighborhoods.

Unit size will average around 350 square feet and be as small as 275. Amenities will include things like free wifi, washer/dryers in each unit, bike-shares, common spaces, rooftop pools and sports clubs. Projected rents range from $800 a month for a studio to at least $1,400 a month for a two-bedroom. 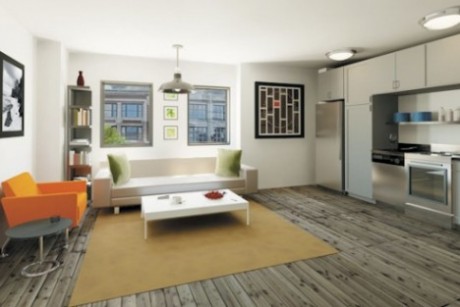 Rendering of Interior of FLATS Chicago

Jay Michael, one of Cedar Street’s partners, told Time Out Chicago that he wants to “sell singles on what he calls ‘FLATS life’: Common spaces are ‘an extension of your space’ where you can meet neighbors or entertain friends,” and that they are “targeting recent college grads who are ready to live alone,” who “for the same rent they’d pay for their half of a two-bedroom condo…can live solo at FLATS.”

Sounds good to us.

But there’s a catch: the buildings in question are dilapidated SRO’s, many of which, until recently, were occupied by impoverished residents. Though the developers want to make their units financially “approachable” to the existing tenants, the rents will likely be out of reach for most, and construction will inevitably displace them, even if that displacement is only for the length of the renovation.

While not obliged to do so, Cedar Street is working with transition coordinator Sherri Kranz to find housing for old tenants, many of whom have been in the apartments for more than 10 years. In one building alone, Wilson Tower, she’s working to find 60 people new homes–a challenge for people accustomed to paying as little as $475/month rent. She’s turning to city housing and nonprofits, though it sounds like sometimes the best she can do is get people on waiting lists. [Note: the SRO’s in question are not the “supportive housing” we talked about the other day, but rather privately held buildings.]

It’s the perennial gentrification conundrum. On one side are the under-served populations the buildings house. However, these building are, in Kranz’s words, “slums”–ones that in short time will be closed due to disrepair, making them a not-so-sustainable housing solution.

On the other side, the FLATS apartments will presumably serve large populations of city-dwellers, young and old alike, who are priced out of traditional apartments in more expensive neighborhoods.

Granted, there’s a big difference between having to get a roommate and being homeless, but it doesn’t negate the need for this type of clean, smart and affordable apartment.

Do you have any thoughts on these competing interests? Have you seen them successfully reconciled? Let us know in our comments section.

via Time Out Chicago