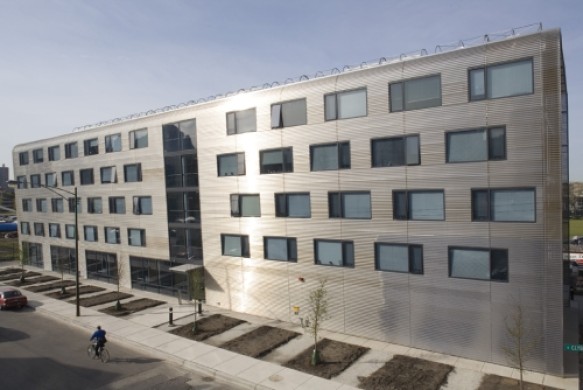 SRO’s at the Cutting Edge of Small Space Movement

In the 70’s and 80’s, single room occupancy (SRO) housing became synonymous with drugs, crime, totalitarian architecture and poor building quality. While the circumstances that lead people to SRO’s are still less than ideal (many are for the homeless population or very low income residents), a few architects are looking at what the buildings look like and what it means to live in them, designing innovative and supportive spaces for the populations they house.

Many SRO’s like the ones featured here enjoy a pass on restrictive building codes, allowing smaller unit sizes and larger communal areas than their conventional residential counterparts. Perhaps these developments presaged the upcoming micro-unit movement we’ve been talking so much about. 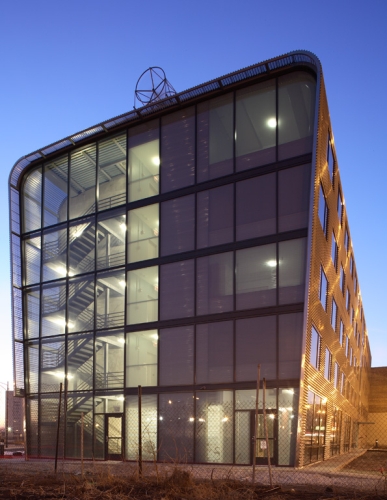 This building (also known as Near North Apartments or Mercy SRO) was designed by Murphy/Jahn Architecture, famous for O’Hare’s United terminal and Bangkok’s Suvarnabhumi Airport among many other large, notable projects. Charles Hoch, professor of urban planning at the University of Illinois told the NY Times that the design is a “stigma-smasher.” 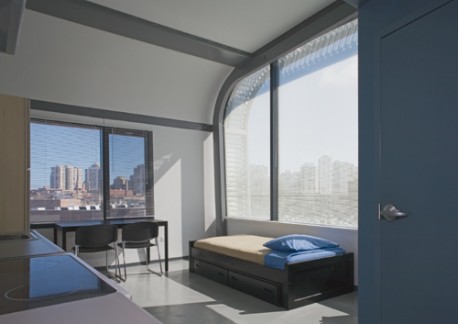 The 96-unit building, built in 2007, borrows on “the cachet of Mr. Jahn to send a message to the larger society and that message is that homeless people have value, they have a role to play in society,” according to Hoch.

It is LEED silver certified, has solar panels and wind turbines that generate 15% of the buildings power and a grey-water recycling system (the first of its kind in Chicago). The ground floor features a large community space and the four top floors feature bright and airy units whose average size is 300 sq ft. Many of them feature views of downtown Chicago. 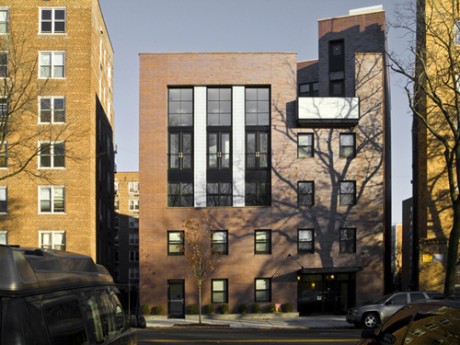 The development features a courtyard with a garden, a gymnasium and a double-height-windowed common room. Mr Kirschenfeld sees these kinds of spaces as integral to the intention of the space as he remarked to the NY Times: “Isn’t the idea here to improve mental health? Isn’t good architecture part of that?”

Another interesting aspect of Bronx East is its footprint, which utilizes an irregular lot. 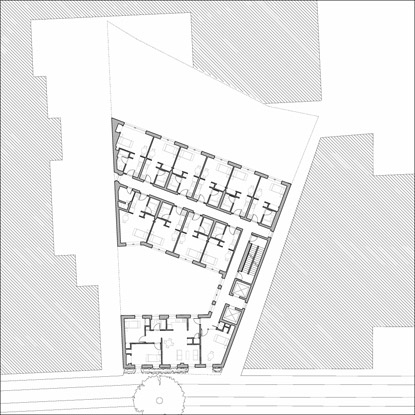 Both of these developments show that innovation can come from unlikely sources and that good architecture and design need not be the domain of the rich.

If you know of similar innovative supportive housing, let us know.