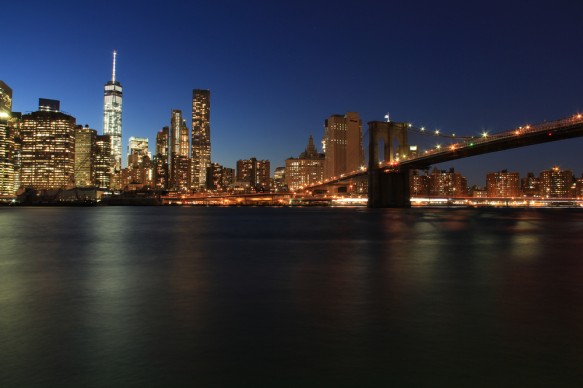 The State of Small in New York City

As has been said of the largest city in the United States, if you can make it there…well, you know. And regarding micro housing, they did make it here. Once. The soon to open “My Micro” (we’re loathe to call it by its new suburban subdivision sounding name “Carmel Place”) is a comely building with smartly designed units ranging in size from 265-323 sq ft. The building is the product of former Mayor Mike Bloomberg’s adAPT NYC pilot program that gave a one-time pass on the minimum size a developer could build an apartment. But it could be that My Micro is as far as New York micro housing will go for the foreseeable future.

A pillar of current Mayor Bill de Blasio’s election campaign was bringing more affordable housing to the city. In keeping with that commitment, his administration introduced its “Housing New York” plan with a sweeping set of zoning changes that included reducing the minimum allowable square footage of an apartment from 400 to 275 sq ft. Parking lots were also part of the plan; according to Capital New York, a proposal would “eliminate the requirement for parking lots in any new senior or affordable housing developments within a half-mile of public transit and replacing existing senior housing lots—which they say are virtually empty—with more housing.”

The other day, an affordable housing advocacy group called Real Affordability for All threatened de Blasio with imminent protest if he didn’t capitulate on a number of issues including the housing size and parking lots. At present, details are still being hammered as to what the final plan will look like, but aforementioned issues are still very much up in the air.

Unfortunately, this is not a topic that lends itself to oversimplification. 55% of New Yorkers are rent burdened, spending 30% or more of their income on housing, and 30% of those people are spending 50% or more. Those opposing the changes fear that developers will hit de Blasio’s affordability targets by making housing that is both smaller and less accessible.

It should also be noted that those opposing the changes are not young professionals or well heeled empty nesters looking to simplify their lives by getting some tricked out micro apartment in Manhattan. They are working class folks, most of whom live in Queens and the Bronx, places where transit options are far fewer than they are for someone who lives a couple blocks from Union Square. The struggles that face these New Yorkers, and concerns that developers will exploit the new zoning to build substandard housing, are legitimate. If a financially strapped family of four can save 20% on a 300 sq ft apartment versus a 600 sq ft one, they might just do that.

But we hope de Blasio and all parties involved don’t conflate the micro housing conversation with providing affordable housing for New Yorkers who need it most. The topics might be related, but they are not the same.

The big issue is creating more housing that matches how people live. Across the boroughs, 33% of New Yorkers live alone and it’s 50% in Manhattan. There is a dire need for more housing, ideally market based, designed specifically for these populations. Building small and smart is a logical way of doing that. It has been opined that this could even free up unnecessarily large housing, now occupied by singles, for larger households.

And maybe we’re a bit too immersed in the micro mentality, but 400 sq ft, at least for singles and some couples, is huge! Many major cities like Washington DC, San Francisco and Seattle have much lower minimum building requirements (225 sq ft for the latter two). Seattle’s micro apartments, as we’ve long reported, have been wildly successful for providing affordable, market rate, transit friendly housing for (mostly) singles–albeit success met with a hefty dollop of protest.

The possible amendments in the plan might be an issue of advocacy as much as anything. Few people outside our friends at CHPC are advocating for micro housing with the passion of the affordable housing folks. While there are many charges that micro housing will benefit developers, the dearth of lobbying efforts calls this assumption into question. The New York real estate development community is a financial behemoth, yet they don’t seem to be offering a countervailing voice pushing for micro housing.

The fact is building micro housing is often more expensive than conventional development, as there are more walls, kitchens and bathrooms per square foot. And in a city where you can fetch a per square foot premium for large apartments, many developers might be a bit indifferent to the micro housing topic. If there were more advocacy, there might have been more conversation about a compromise–protecting the welfare of strapped New Yorkers and loosening restrictions on building small.

Of course, whether the zoning laws pass or not, small living will continue in NYC, either illegally or in the form of micro-suites, which work within the constraints of existing code while achieving high housing density. But we fervently hope the measures pass. While New York has many faults, it still holds great sway in affecting national and global trends. Legalizing micro in New York would likely help advance the movement of small footprint, urban living everywhere.