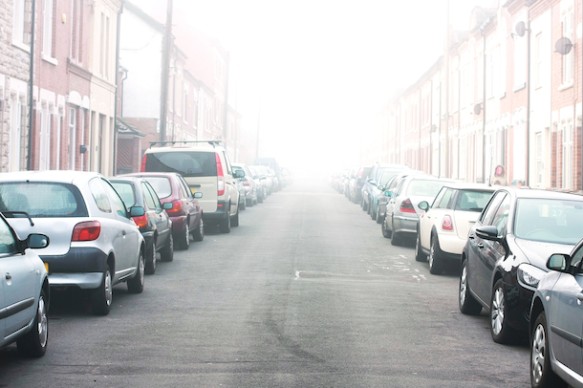 Whether you’re aware of it or not, most homes–or to be more precise, “dwelling units”–require parking. Meeting these requirements is not a big deal in low density suburbs with their copious amounts of space for driveways and garages. But it’s a big issue in high and medium density areas, where real estate developers might only be able to build as big as available parking spots permit. These requirements can put residents looking for affordable housing in a pinch. Making housing density low in desirable areas dwindles housing stock, driving housing prices higher. Alternately, developers must create off-street parking to satisfy requirements; the expense of those parking spaces trickles down to residents.

“The single biggest impediment to main street development, lower cost housing and midrise development is the parking requirement,” architect and Treehugger.com’s managing editor Lloyd Alter told us. “A parking spot costs a fortune to build and needs a big enough site to get all the ramps in,” he adds.

Portland, Oregon is one city that’s very familiar with this issue. More specifically, Portland’s recent crop of micro-apartments have created a situation where residential population density is outpacing available parking spaces, at least as that proportion relates to conventional dwelling unit to car ratios. Development has continued because of zoning loopholes, but like Seattle, existing residents have been up in arms; they are taking to the streets because those streets might have fewer parking spaces.

Some are proposing to cap the number of parking permits issued to micro-apartment buildings. According to the Portland Tribune who interviewed several Portland developers, this idea would solve the city’s parking woes. Alter agrees, “Limiting the number of parking permits is a perfectly reasonable strategy; The NIMBYs [not in my backyard] get to keep their spots, the NEWBEs know in advance that they don’t want to live here [Portland] and own a car without spending more money on some distant garage.”

On the surface, this solution might not seem like such a big deal. Many buildings have fewer parking spaces than dwellings. But these tend to be in high density places like San Francisco and NYC that have robust public transit systems. This is a bigger deal in a medium density city like Portland where 72% of residents still own cars. Implicit in the idea of a parking cap for micro-apartments is that how we live and how a neighborhood performs can be affected be housing type–by adding density and removing cars, micro-apartments might shift a neighborhood from being mostly low-density and car-centric, to higher-density and bike/walk/car-share/bike-share reliant.

But all of this requires new thinking on the part of regulators.

“I think that the extra density that comes with micro-apartments absolutely has to be accompanied by a revised concept about parking requirements,” Sarah Watson, Deputy Director of Citizen’s Housing and Planning Council (CHPC), a NYC housing advocacy group and think-tank, told us. She also said that “public transportation has to support those residents” or there should be “well-managed options for car sharing as part of the projects.”

Patrick Kennedy has been dealing with this issue for decades. He is the Bay Area developer behind SmartSpace as well as an upcoming, 160-unit micro-apartment building in the Mission district. “I think it is a fair compromise,” he says of giving up parking for high density, convenient living. “I did one development that had 6 parking spaces for 35 units and it didn’t cause any problems,” he told us.

Granted, most of Kennedy’s development were in places like Berkeley, which have a density twice that of Portland. But he sees the trend that Watson alluded to. “We’re moving in this direction [away from requisite parking]. In the age of Uber and bike-sharing, living without a car just isn’t that big of a sacrifice.”

Alter sees this shift away from car dependence and more reliance on alternative transportation strategies. “Fewer and fewer people who live downtown own cars. They don’t need them in their daily routines and Zip cars and car 2go are available when they do.”

He points to a new building in his Toronto hometown as a prime example of this trend. “They just built and sold a 300 unit condo without a single parking spot, in a part of town with no permit parking. They threw in 5 Zip car parking spaces and a bike locker. This is the future of development downtown.”

Watson noted something that goes beyond no permits. “I heard recently that a new micro-apartment building in DC that makes residents sign as part of their lease that they will not have a car…taking the idea even further!”

We’ve said it once and we’ll say it again: cars and the sprawl they support have costs. There are social costs, huge environmental costs, even costs to our economic wellbeing. Historically, these costs have been hidden by entitlement–that having a big home, car and the infrastructure to support these things are inalienable rights. But as we as a culture shift our ideals from space, stuff and privacy to convenience, mobility and connection, we realize we no longer want to foot the bill for these costs. It is our hope that regulators will make it easier to shift to this new way of living, removing parking regulations where and when they don’t make sense.