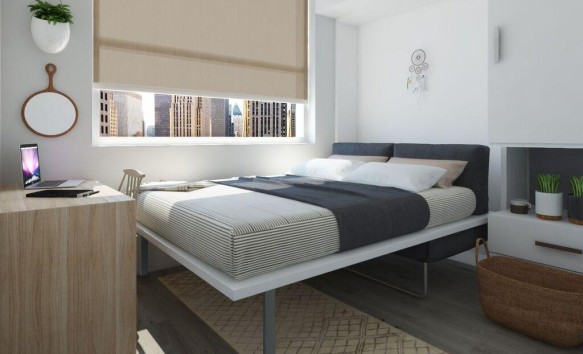 The Future of Apartment Sharing

Often the best way of downsizing is not getting your own tiny house or apartment, but sharing a larger house or apartment. But finding a nice place to share, nice people to share with and enduring the myriad issues that house-sharing brings, often drives people to pay more than they want in order to live alone. Enter Stage 3 Properties, a real estate startup that seeks to alleviate the woe that often plagues the shared-housing experience.

I spoke to Chris and Andrew Bledsoe, the brothers behind the Stage 3. They explained to me how firsthand experience–verified by focus groups, surveys and other research–showed a gulf between how people live and what the market is offering.

They found that young people, particularly young professionals, are living very differently than they did 20 or 30 years ago. In fact, the name Stage 3 is taken from the third stage of life, which they define as “emerging adulthood”–the period right after college and before adulthood/parenthood. These third stagers are choosing to stay single longer. They are more mobile. They are choosing live experiences and cities over stuff and the burbs.

But these same people are facing new challenges like a stagnant economy and a severe shortage of attractive, affordable housing options in most major metropolises.

Even finding clean, basic housing–which is what many of them are looking for–can be out of reach. Christopher Bledsoe said, “Most landlords require an annual income of forty times monthly rent. Since the average rent for a studio is around $2500 in many parts of Manhattan, that works out to be $100K just to get your foot in the door.” This is a big number even for the relatively well-heeled first year analyst at Goldman Sachs, he says.

Faced with this situation, most turn to what he calls the “underground housing” market. Stage 3 did a deep analysis of Craigslist rental listings in thirty of the top US metropolitan areas and they found a significant percentage of listings were for people posting in the “rooms/shared” category–i.e. people looking to rent out a room in their apartment or even sometimes share a room. 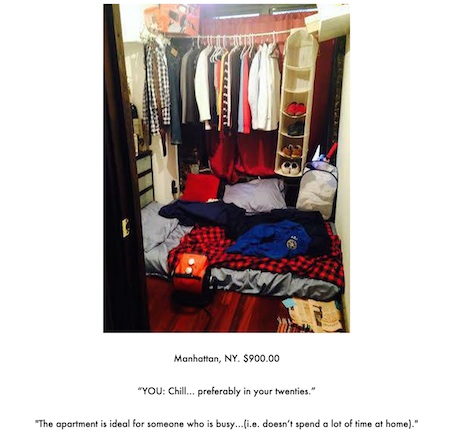 But Bledsoe believes that most of these situations are far from ideal. He points to the Tumblr blog “The Worst Room,” which showcases the dregs of Craigslist rental listings, as an example of what awaits many people looking for an apartment share (something I, a longtime New Yorker, can say is not so far off the mark).

Then there are other inherent problems with roommate situations: Many apartments are not designed with the 20-something shared renter in mind, often resulting dining rooms and living rooms that double as makeshift bedrooms. Meanwhile, finding roommates you like is a crapshoot at best; you are often financially tethered to virtual strangers through a lease; most people have different ideas about what constitutes “clean”; and so forth.

Stage 3 has created a branded solution they call “Ollie” (a phonetic play on “all-inclusive”). Ollie is a system that addresses many of the problems facing people who are looking for a nice place to live in a good neighborhood, and might not be able to afford a studio (or qualify for one), and who want to avoid terrible roommate situations and ill-suited tenement style accommodations. Here’s what Ollie will offer:

Bledsoe says Ollie will cost 30% less than renting a studio in the same neighborhood. In other words, if a studio were to cost $2500 in a newly renovated, full-service building, then Ollie would target per-tenant rents of about $1700, inclusive of furniture, housekeeping and other amenities. This might strike some (non-New Yorkers) as a large number, but Bledsoe points out that this is not too different than the price of renting a spare bedroom on Craigslist within a shared apartment, possibly even within a walk-up building without any of the added accoutrements that Ollie promises to deliver. Moreover, he believes the social component of living in an Ollie apartment will prove to be among its biggest selling points, providing benefits that cannot be obtained by living alone in a studio. 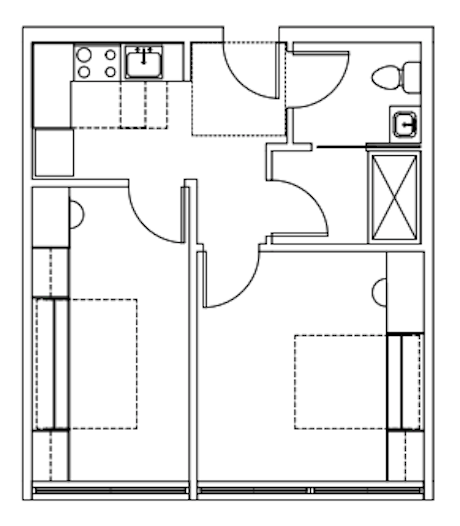 Stage 3 does not want to limit Ollie to the most exclusive neighborhoods in Manhattan. Through a partnership with New York-based Simon Baron Development Group, they are aiming to offer 10K units in the next few years throughout New York as well as other east coast cities like Boston, Philly, Washington DC and Miami. They have three projects in the New York area in the works that will roll out in the next couple years, with the first units leasing in 2015.

As we noted the yesterday, many individuated micro-apartment developments are stalling because of regulations. Moreover, even when studio-style micro-apartments do hit the market, their rents will still be out of reach for many, leaving a huge need for clean, basic housing. The Bledsoes have received pre-consideration approvals from New York City’s Department of Buildings, which they say validates that Ollie is a solution that will work without any housing reform, improves upon the common practice of apartment sharing, and stands to represent a significant addition of clean, practical housing in today’s cities.