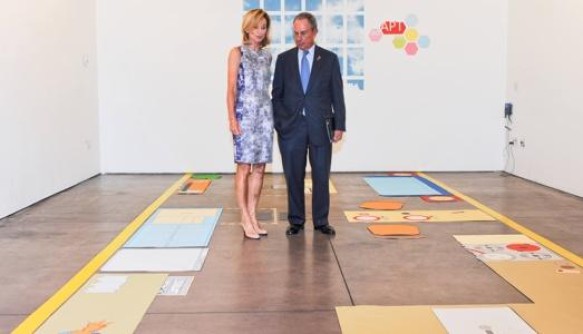 Are Micro-Units Helping or Hurting Our Cities?

Last week, 33 development teams submitted to adAPT NYC–the Bloomberg-administration-supported competition seeking the best 275-300 sq ft/unit apartment building proposal [full disclosure: LifeEdited was on one of the teams]. According to the Wall Street Journal, this is three times the number of entrants similar competitions draw.

“The City’s adAPT NYC competition has ignited a global interest and conversation about how high-density urban centers can right-size their housing stock to fit changing demographics,” according to Mathew Wambua, commissioner of the housing preservation department.

Well, not according to everyone.

This last Tuesday, a few thousand miles away in San Francisco, the South of Market Community Action Network (Somcan) took to the steps of City Hall to protest a proposed change in housing code that would permit dwellings as small as 150 sq ft.

Perhaps because of its proximity to Japan, San Francisco has been at the vanguard of small building in the US for some time. Unlike NYC, who demands new apartments have a minimum of 400 sq ft of living space (adAPT NYC is receiving a waiver on that), San Francisco already allows new spaces to be built as small as 220 sq ft. The Cubix SF, which has units as small as 230 sq ft, has been around for several years. An upcoming project by SmartSpace at 38 Harriet St in the SoMa neighborhood will feature 4 stories of 300 sq ft units.

We’ve seen SmartSpace before with a tour of their 160 sq ft experimental apartment, and we can’t help but suspect that this initiative is influencing the proposed legislation change.

What Somcan is protesting is the city’s ostensible shifting focus from family-friendly affordable housing to housing for affluent, childless singles and couples. This is taken from Somcan’s Facebook page:

SF has yet to meet its SF Housing Element plan of prioritizing affordable family housing units and yet creating housing for the new techies in the neighborhood seems to be first on the agenda. With less families in San Francisco means less family-friendly city and less funds for our public schools. It will be competing with the minimal land that the City has which can be use for REAL affordable housing. This type of development could possibly be catastrophic to our neighborhood, displacing low-income families, singles and existing residents

They might have a point: mico-units are not family friendly. They are primarily for singles and couples without children. The construction of micro-units could be construed as an elevation of their needs over those of families. And while there are no protests (yet), the same could be said of adAPT NYC.

What complicates Somcan’s argument is:

It’s a tough situation. Indeed, many cities like San Francisco and NYC are becoming prohibitively expensive for families. Yet singles and couples need affordable places to live.

Then again, maybe 150 sq ft is just too damn small (though the Japanese would have room to spare). Maybe really small legal micro-units would make cities the near-exclusive domain of singles, driving out all but the richest families. And maybe these dinky digs would open the gates to exploitation–already a problem in space-strapped places like Hong Kong, Singapore and London. Perhaps there is such a thing as too small.

We’re obviously more in the pro-micro-unit camp. We think they portend a fundamental, and positive, shift in the way people live in the city and even beyond. We also believe they can be scaled up for any type of household. But we’d love to hear what you think? Are micro-units providing affordable, smart and efficient housing for tomorrow’s urban dweller? Or are they displacing families and existing tenants in favor or “new techies”? Let us know your thoughts.