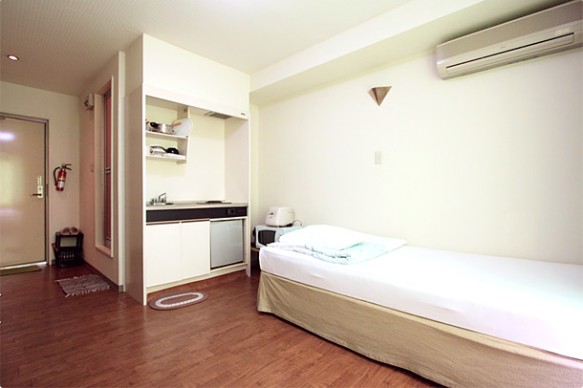 Inspired by yesterday’s post about residential hotels, we thought we’d look at how other nations handle clean, safe and affordable housing for single folks. In Japan, there is something called called the “wan rūmu manshon” or “one room mansion” (get it?). It’s a very small studio (~100 sq ft) with a bed, bathroom and kitchenette. They’re not fancy or architecturally that interesting. We found some with nifty glass-wall bathrooms (another living room?), but for the most part, they’re small, simple rooms to crash in. They’re designed for singles who don’t need, want or can’t afford anything more. 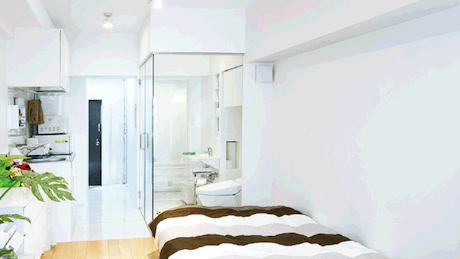 The US’s surplus of land has led to many of us to occupy spaces well beyond our needs: singles live in two and three bedroom homes, empty-nesters have 4K sq ft homes and so on. The result is more money spent, more places to store stuff, more sprawl, more energy expended, more surfaces to mop, dust and upkeep. Perhaps it’s time we start using what we need, rather than what’s available. Perhaps it’s time we start building tiny mansions for everyone.

A version of this post first appeared on this site on April 24, 2012