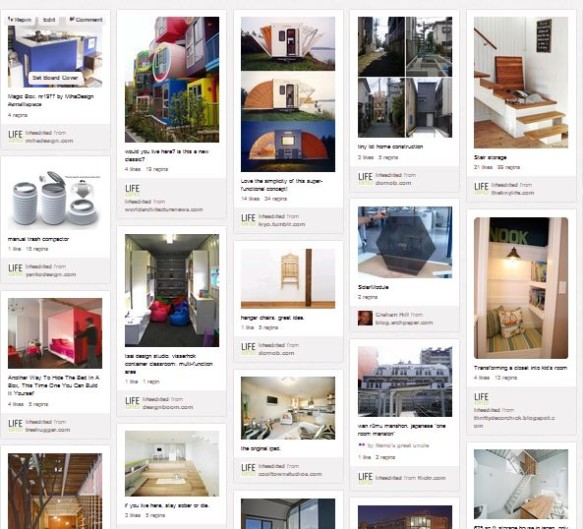 A recent article in Canada’s Globe and Mail suggests North Americans are increasingly going on never-ending online searches for the perfect bedroom mirror and losing sleep over the colour of front doors. In other words, they are décor-obsessed. This phenomenon, they believe, might be ignited and fueled by TV makeover shows and online tools such as Pinterest, a site whose meteoric growth–3rd most trafficked site after Facebook and Twitter, with 20M new users in last year alone–is mainly attributable to home décor pinning. Pinterests boards of beautiful objects and interiors may inspire, but they might also remind you how deficient your home is.

The article goes on to blame blogs like DesignSponge, Remodelista and Apartment Therapy. The latter blog, one of our personal faves, put the subject out to its readers in a post called “Decorating Your Home: Hobby or Unhealthy Obsession.” Most comments resolutely declared their decorating habits were not problematic. They agreed that their desire to decorate was an issue of creating a great living environment, not an obsesssion. However, one comment astutely remarked, “I don’t think we are the right people to comment on this article, given that we are all here :)” [his emoticon, not ours].

This décor-dysmorphia may be the symptom of a larger societal issue–one the article suggests is more acute in women. The article reports:

The more social pressures women face, ‘the more likely they are to actively try to control the things they can, like the body or the home,’ says Joyce Davidson, an associate professor at Queen’s University who has studied how women express themselves through their home environments.

The evidence bolstering the G & M piece is anecdotal at best, but the thesis is logical: the more we see of great stuff and architecture, the more we realize our stuff sucks. If we have self-esteem issues (be honest), we’re going to try and get better stuff to bolster our feelings about ourselves. That works until that stuff is sucky too. This pattern is typically called a hedonic treadmill.

Of course this phenomenon, as people noted in both G & M and Apt Therapy’s comments, is not limited to home décor or women. The same thing could be said about gadgets, cars and food. It’s just that the recent growth of Pinterest makes it an easy target.

What do you think? Are home makeover shows, sites like Pinterest and blogs useful (or at least benign) tools for inspiration? Or are they shaking our self-worth, producing obsession through comparison and manufactured discontent? Let us know your thoughts?