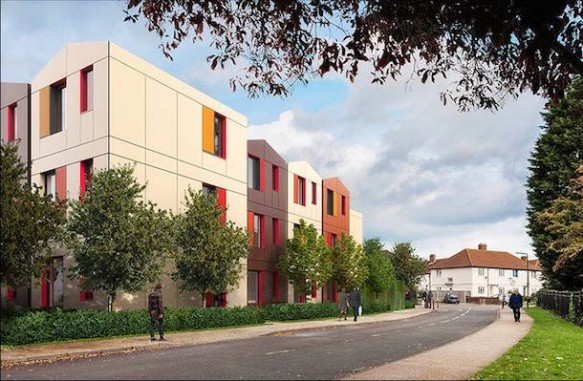 It’s Fun to Live at the Y:Cube

In the quest to provide much needed affordable housing to London, architecture firm Roger Stirk Harbour + Partners, in conjunction with YMCA London South West, has designed the Y:Cube. The simple 26 sq meter (279 sq ft) house is, according to the Y’s site, meant to provide “self-contained and affordable starter accommodation for young people unable to either gain a first step on the housing ladder or pay the high costs of private rent.” 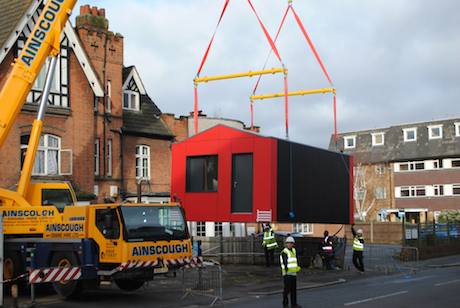 A couple things make the Y:Cube notable. First is it’s cost: about $50K to produce, which according to Fast Company, is 40% cheaper than traditional construction. Much of this savings is attributable to the use of prefab construction, where systemized and controlled building keep labor costs low while simultaneously making build quality higher. The units are essentially dropped into place nearly ready to live in.

Next, the structure can be built to stand by itself or stacked on top of another Y:Cube (many prefab structures are one or the other), making it adaptable to several different planning scenarios. There are plans to construct a 36 Y:Cube development this year alone.

Lastly, the houses are made with something called Insulshell, a closed panel structural timber system, which creates a near-perfect thermal barrier. The Y’s site claims that Insulshell will essentially eliminate the need for heating altogether, thus reducing the operating expense of the houses.

The Y:Cube seems to make a lot of sense to us. Though it doesn’t eliminate the real force we suspect is driving housing costs skyward (i.e. property values), it would seem to hold the promise of cutting construction costs considerably, which helps.

Prefabrication just makes sense. It mitigates so many of the costly variables that plague outdoor and one-off construction. Perhaps the main question we have concerns the Y:Cube’s aesthetic endurance. Will the Y:Cube look as timeless as the shack down the road 100 years from now? 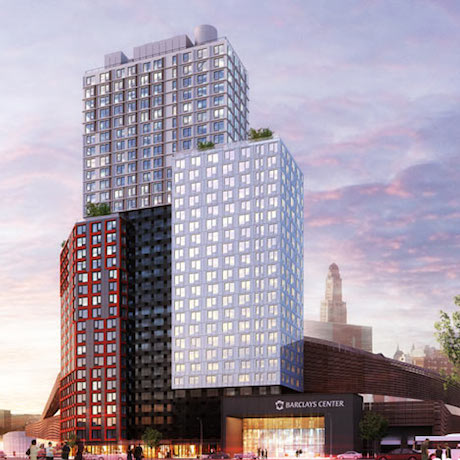 This author lives in a part of Brooklyn where many of the streets are lined with classically styled housing, much of which is 100 + years old. The buildings’ brick and stone facades reek of craftsmanship and an aesthetic for the ages, not just the times (and people pay up the nose for them).

Travel a mile down Flatbush Avenue and B2–what will be the world’s tallest prefabricated building–is rising up like a growth on the Barclay Center’s backside. There will be 350 units and 32 stories, 60% of which will be built offsite. It’s a marvel of efficient design and construction technique. But I must say the final design strikes me as a little generic (a charge, incidentally, I’d make against many buildings that have risen up in the last 10 years).

Both Y:Cube and B2 were designed by two of the world’s preeminent architectural firms (RSH and ShoP, respectively). And we may need to wait and see whether these two different examples of prefabricated architectural will stand the test of time. After all, there was a time when Mies van der Rohe buildings were considered drab, featureless eyesores. Now many consider them as supreme exemplars of elegant, modern design. Only time will tell.