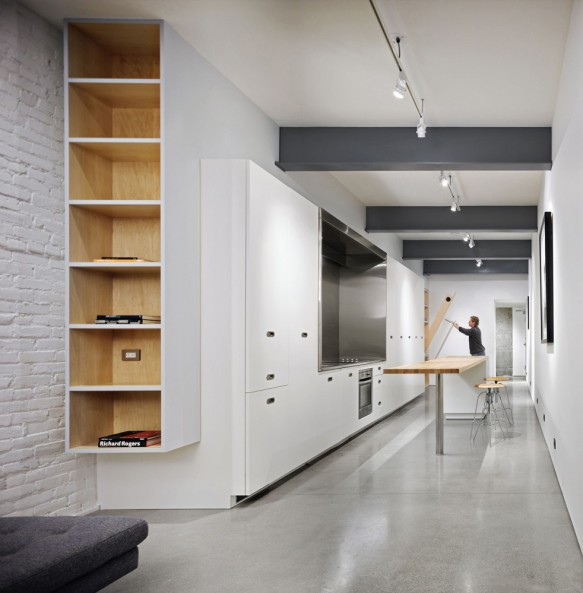 Unfortunate for LifeEdited readers, there is no Google translator function to convert Architectese into English. Hence, when architects say that they want to “create legible and vibrant neighborhoods through densification of orphan sites and a concern for the City as a repository of cultural memory,” I am a bit perplexed. There are some cognates in there that relate to colloquial English, but for the most part, I don’t know what this means in time and space.

But hey, I don’t speak much French, and I still appreciate Bizet’s Carmen. And just because I don’t fully understand the commentary Vancouver’s Gair Williamson Architect + Ankenman Marchand Architects give for their Paris Block/Paris Annex apartments, it doesn’t diminish my appreciation for the project. The long and narrow apartments, which fuse an old warehouse with a new structure, look pretty cool to me.

One of the more novel aspects of the project is its use of a shared core between old and new structures, making the project both cheaper to construct and allowing the two buildings’ 46 units to have shared amenities.

Most of the units have a cool, modern look and are filled with light. Of note is unit 303, which was designed as “a prototype for inner city living.” Its 702 sq ft hold a library, study, tons of storage, commercial kitchen, bedroom/gallery, and lounge with a 12’ dining bar. The space is meant as a live-work art studio; when the bed folds away, the street level space turns into a gallery and event venue, creating a fuzzy line between public and private spaces similar to the Songpa Micro House by SsD Architects.

If you speak Architectese, head over to ArchDaily for more info and images.