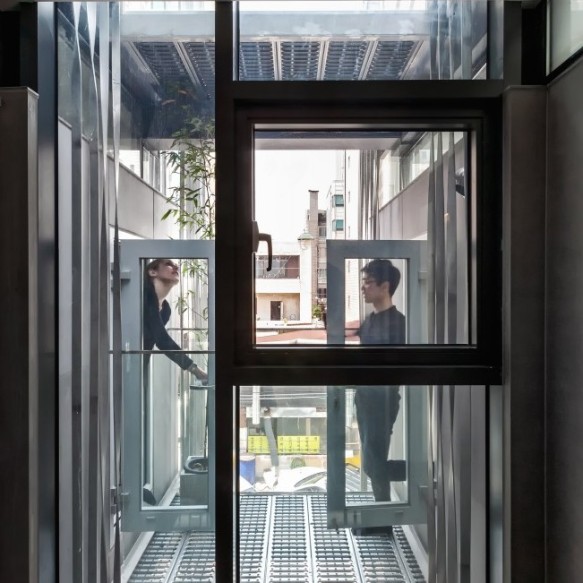 The micro-housing conversation tends to have an either/or note about it. Either we build basic housing that suits the peripatetic single or we build housing that’s suitable for larger households who want to lay roots and build community. Rarely is there talk about making housing that’s adaptable to multiple use-case scenarios, which is something the Songpa Micro House by SsD Architects in Seoul attempts to do.

According to the architects, the “fourteen ‘unit blocks’ allow residents to either claim a single unit, or in the case where a couple or friends require more space, recombine the blocks for larger configurations.” The architects liken the unit configuration to tapioca, saying the various gangplanks and courtyards act like “the ambiguous gel around a tapioca pearl” and create “a soft intersection between public/private and interior/exterior, creating social fabrics between neighbors.”

Whereas the permeable dwelling unit configuration creates a hazy intra-building division of private and shared spaces, the base of the building, which contains a “micro‐auditorium/cafe” accessed by a public stairway, creates a hazy division of public and private property.

The whole idea is to create a high-density living situation that is more than a flop-house to live in before people move onto bigger and better things. The architects warn that “micro-housing has the danger of becoming a provisional housing type with little social value.” By making social spaces part of its DNA, the Songpa Micro House is someplace that looks pretty fun to live in, and one you might want to live in for a while.