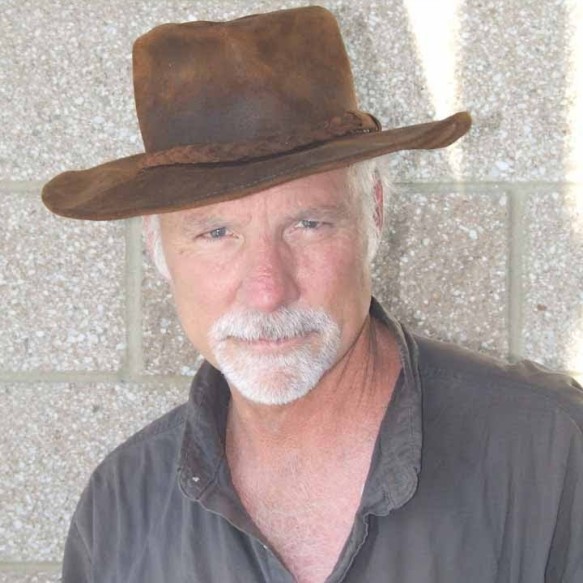 The Most Interesting Minimalist in the World

Last week, one of our regular readers, Tim Domenico, posted a comment to the story about a tiny house made from the ruins of the Christchurch NZ earthquake. He revealed in the comment that he is a 55 year-old retiree who got there by economizing his life in a rigorous fashion and removing any trace of waste from the things he uses and buys. He explained how his extreme energy conservation was a vestige of his time living in a bus that had been converted to an RV. “I had to refill propane tanks on a regular basis and had to haul water to take a shower…[which] taught me how a man with short hair can take a comfortable shower with about 3 gallons of water and I recently learned I can take a thorough sponge bath with less than three quarts of water.”

The specificity of consumption habits piqued my interest and I contacted Tim to find our more. When he replied, I found a master at the art of thrift and living a lightweight, adventure-filled life that trades stuff and luxury for mobility and freedom.

He started to explain his lifestyle in what appears to be one of his common moments of candor. “I’ve lived a minimalist life style to avoid having to pay dishonest women money.” A divorce when he was only 19 forced him to send most of his money to his ex, and he saw little motivation to make a ton of money.

His thrift and subsequent minimalist living allowed him to engage in some incredible adventures. “From skydiving off El Capitan in Yosemite (twice) to spending three weeks in New Zealand working on-camera for a Pepsi project. For three years I traveled around the World paragliding and writing about it (published monthly the entire time)…and many dozens of other adventures too numerous to mention.”

He’s also lived in more conventional settings. He had a “2700 sq ft suburban home with two Mercedes in the driveway (when I opened a software start-up back in the 80s).” However, he does not speak fondly of these times when he was successful in the more conventional sense of the word. “The happiest times of my life is when I had the least and was making my life full by pursuing adventure after adventure.” He said, “I know that when I was at my unhappiest was when I supposedly had it all.”

Tim has settled down in Pueblo, CO, a place he claims “is on more than one list of the cheapest cities to live in.” He said he paid around $14K four years ago for his 900 sq ft home and pays “about $135-$160 a month for utilities including Internet, entertainment, water, power, and gas, even taxes [the latter being a mere $100/year].” He thinks he could probably cover overhead by panhandling if necessary. 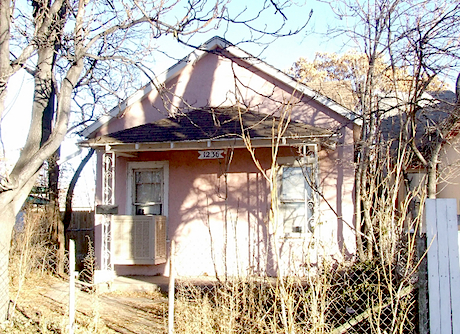 He has invested in a number of energy-saving tools to keep things so cheap. “95% of the lights in my home (CFL and LED’s) are either on night/day solar cells or on remote and/or computer controls,” he wrote us. “I can turn nearly every light in my home on (or off) with a single button push in my office. When I push OFF it shuts down all the lights plus my furnace, a cooling fan and my evaporative cooler, everything except the outside security lights.”

Security does appear to be one of the costs of Tim’s lower-than-low overhead lifestyle.  “Since I’ve moved in I’ve had to deal with nine (three when I bought it) broken windows. I’ve had one attempted burglary and my van has been vandalized four times with graffiti. Two weeks ago there was a gang killing on the other side of town and two years ago someone was murdered less than three blocks from here.”

Predictably, Tim created a low-cost security system to deal with threats. If tripped, the system sets off flashing lights, sounds a loud horn in his house and dials his cell phone (and up to three more programmable numbers if he doesn’t answer). “No place is perfect but I’ve decided the negatives are worth how cheap it is to live here.” 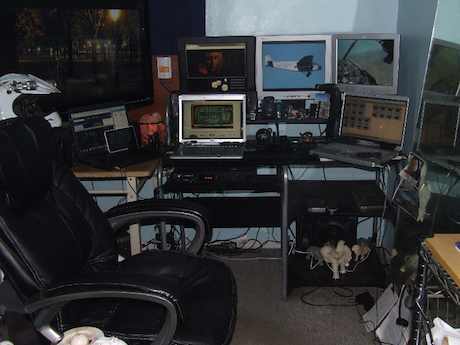 Tim’s life is relatively quiet nowadays. He claims to spend 95% of his time at home, where there is an 1100 watt stereo system and an eight screen entertainment system, which he claims keeps his “AADD in check without meds.”

“Although it may be a cliché the Internet keeps my life very full,” he wrote us. “From messaging with my best drinking buddy every evening to watching some of my favorite movies like the Rocketeer on Netflix and listening to my favorite music on Pandora. I also use Google Voice Command to search the Internet and Skype to talk to my best friend in China on a regular basis. With all the World at my fingertips and unlimited entertainment I am never bored.”

While Tim’s style–and location–of living might not be everyone’s cup of tea, he can surely teach us all many things. We often buy things that bring very little value to our lives. We often use far more resources than we need. The consequences can be huge: living to work rather than working to live, using valuable natural resources and worst of all, missing out on life.