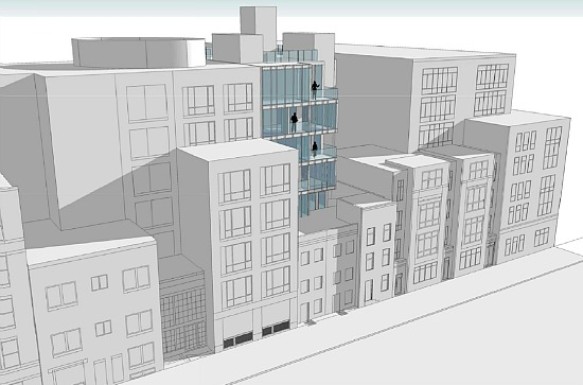 A new micro-apartment building will be going up on the 1400 block of Church St NW in Washington DC. It will have 37 units ranging from 265 to 490 sq ft, according to Brook Rose who, along with Gregg Busch is developing the project. Rose’s specialty is luxury development and he sees the Church St apartments as consistent with that. “We are going to try to make these luxury micro apartments,” Rose told us. The rental apartments will feature floor to ceiling windows and high end finishes. The smallest units, where there is an imperative to have all the furniture work perfectly with the space, will be semi or fully furnished, using transforming furniture by the company Inova. Rents will likely start around $2K. 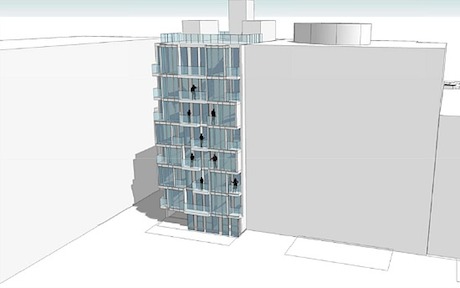 The building is a testament to the fact that Washington DC, a city that up until recently had been pretty ambivalent about micro-housing, is changing its tune, as evidenced by the likely micro-apartment development of the Patterson Mansion as well as this one.  But the city’s approval of the Church St building was far from a slam-dunk, having been held up by the Board of Zoning Adjustment (BZA) for a year because of issues around parking.

As we’ve seen here before, one of the primary sticking points for adding density to an area–something that micro-apartments tend to do–is parking. Most residential building requires a certain number parking spots per unit; these can be satisfied by on or off-street parking. Areas that have robust public transportation and walkable streets like San Francisco can often sidestep those requirements or provide minimal parking. But for most parts of the country, it can be a real barrier for development as it was for the Church St building.

Certain members of the BZA were not receptive to the idea of a building without parking, even though Rose was sure there were many “carless urban dwellers” who were “willing to trade space [and their cars] for lifestyle,” particularly in the building’s neighborhood which is along the 14th street corridor, a walkable area with tons of amenities. Rose calls the area “DC’s Soho.” One gesture Rose and Busch made to prove they were serious about creating a carless building was offer car and bike sharing memberships to residents for the duration of their leases (nb: residents would still pay for their use of the car).

The building eventually received the BZA’s narrow approval last month. The developers agreed to provide four parking spaces: two for residents to use for move in/move out and for guests and the other two will be for dedicated for car sharing cars.

But the city made a stipulation that residents could not apply for parkings permit that would allow them to park legally on neighborhood streets. This prohibition will be written into the leases and the developers will periodically check with the DMV to see if any tenants are violating the agreement. In other words, if you live here you cannot have a car.

Of course residents can elect to park in a private garage, but the arrangement seems like a prescient one. For most of the last 60 years, architecture has been bound to parking. Perhaps the Church St development augers a future where architecture and urban planning are designed as much around people as they are cars.