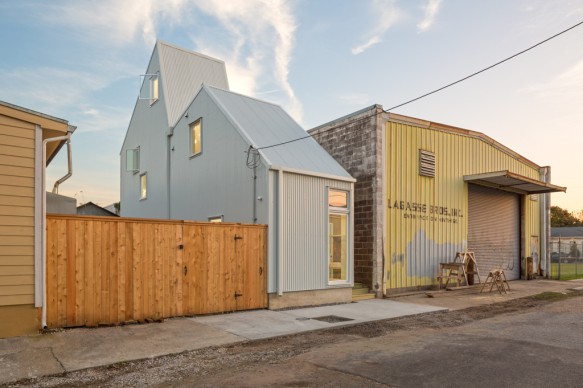 Somewhere between now and 1950 (or thereabouts) something went wrong with American housing. Back then, car-fueled sprawl hadn’t yet driven people so far from city centers. At 983 sq ft, the average home was just about right sized for the average household size of 3.54 people (277 sq ft/person). Architect Jonathan Tate told Fast CO.Design said this is what went wrong:

Houses morphed from a consumer good into an investment commodity, which in turn led to developers building cookie-cutter starter homes based on what they deemed to be the most likely to appreciate in value. Houses became more expensive to purchase and maintain, their sizes ballooned, and they were increasingly located in areas far removed from established neighborhoods since it was less expensive to buy greenfield land.

This morph made homes prohibitively expensive to large swaths of the population, evidenced by a 48 year low in homeownership rates in 2015. Tate and developer Charles Rutledge recently launched the Starter Home* project as a response to the commodification of homes, designing and developing housing around how people live. 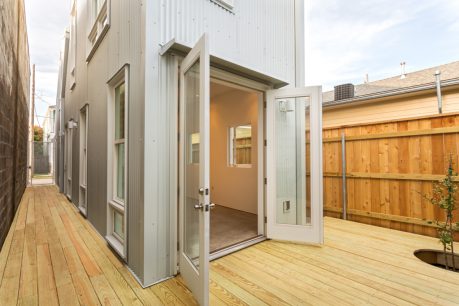 The first Starter Home* recently went up in New Orleans. It’s 975 sq ft, but its actual footprint is only 473 sq ft. Even with setbacks and some outdoor space, it can fit onto a very small 16.5’ x 55’ lot. The compact proportions make the house ideal for urban infill development, using lots that might not support conventional homes. This has the benefit of allowing the developer to purchase centrally located land at a discount, which in turn creates a lower purchase price. The first starter home cost $339K, which is about $35K more than the average New Orleans listing. Tate believeshe can drive that price down with scale. Tate has 15-20 projects in the pipeline and is planning on making Oakland, CA the next stop for the Starter Home*.

The basic tenets of the Starter Home* are great: reduce the size and price of single family homes; bring more housing into our city centers; bring sanity back to American housing. With the average new single family home size hovering around 2700 sq ft, we need this now more than ever.

For more information and images head over to CO.Design