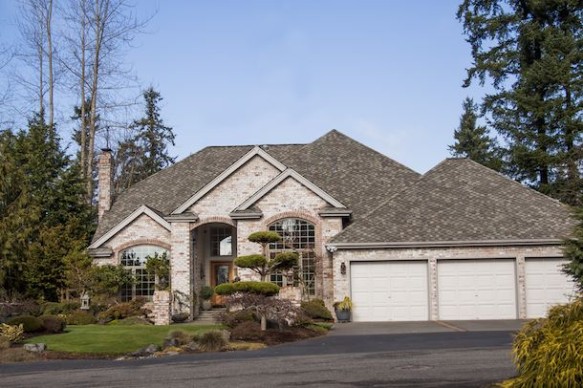 Oh Crap. US Census Reports New Homes Got Bigger in 2013

Maybe it’s all the refined carbohydrates. Maybe it’s the need to find storage for that 4K roll pack of toilet paper we got from Costco. Whatever the reason, American homes keep getting bigger–despite the environmental implications of doing so, despite research suggesting we don’t use that extra space. The “U.S. Census Bureau: 2013 Characteristics of New Housing” report came out a few days ago and the stats don’t look good. Here are some of the findings for new, single-family US homes built in 2013:

Before we totally lose our you-know-what, some things should be noted:

Okay, now that we got that devil’s advocacy out of the way, we can ask, “what the hell?”

The fact is people–at least if this info is any indication–are not particularly good at saying yes to less, at least when they can afford more. An alloy of cheap labor, land and energy, particularly in the south, have made it easy for construction companies to offer relatively cheap and large houses. And with mortgage rates still hovering around 4%, there are still quite a few people able to buy these places.

Neal Heery, founding partner of Atlanta Fine Homes Sotheby’s International Realty, told the Wall Street Journal that his clients still buy as much space as they can afford. He told WSJ this about their housing desires and the commensurate square footage increase:

Whether these desires would be as strong if builders were making smartly-designed, smaller, more affordable options is another matter. In other word, is supply dictating demand? Needless to say, these homes exacerbate sprawl, are more energy intensive and in all likelihood allow people to buy and store more stuff they don’t need. We can’t help but say we’re a bit bummed this monstrous home trend continues.

So what does all of this mean for the “small space movement” we at LifeEdited hope to herald?

Hopefully, it means nothing. There is still a growing trend toward centralized, urban living, particularly in younger generations–living that is pretty incompatible with McMansions. And when these younger generations get older, they might not opt for, nor want to or be able to maintain their folks six-bedroom McMansion. Furthermore, multifamily construction does continue to grow, albeit at a slower pace than we’d like. And think about it, housing patterns can change overnight. There were contractors building Chateaus right before the French Revolution. Then business fell off precipitously. Things change.

As author William Gibson put it, “The future is already here–it’s just not very evenly distributed.” In other words, before most things become mainstream they are unusual and seemingly anomalous–until they’re not. We like to believe that despite the re-embiggening of the American house, a downsized existence is still very much in our future. Whether people will choose that future like we hope they do, or whether it will be imposed on them by financial and environmental circumstances, remains to be seen.