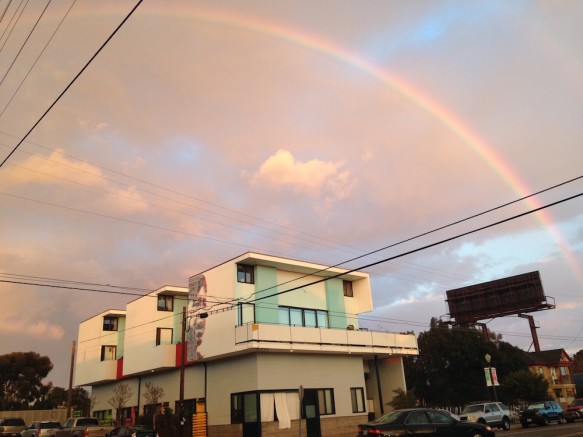 In the mid-aughts, Professor and architect Hector Perez of Woodbury University pooled together several faculty members to purchase lots of land in the Barrio Logan neighborhood in San Diego. Their hope was to create an extension to the school’s campus. But a variety of circumstances–crashing economies, the school’s decision to move to another part of town–derailed the plan. Rather than selling the land, the group decided to create something they thought would support the community. The result is a building with compact units that mix the privacy of a conventional apartment with the socially porous infrastructure of campus living. 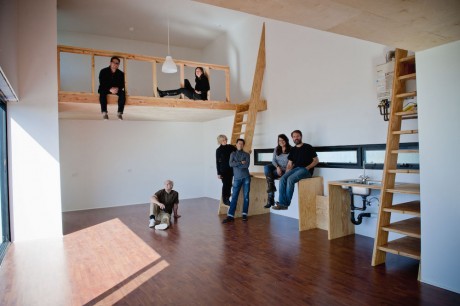 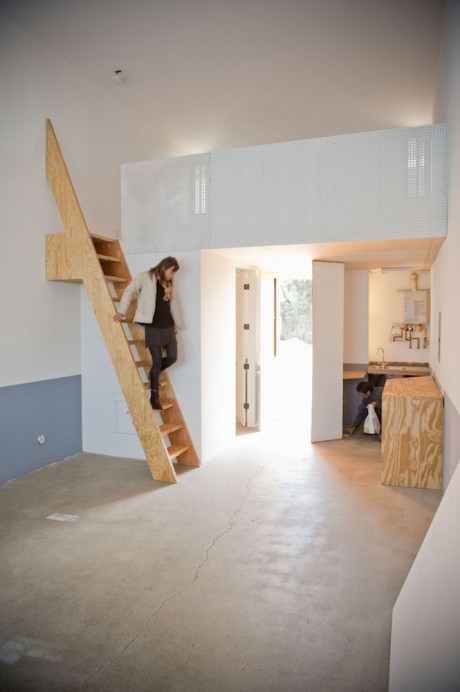 The building, dubbed La Esquina, has a total of eight live/work units making up only 4K sq ft of floorspace across two levels. The units, which are basically artist lofts with very high ceilings, range from 450 to 595 sq ft. They have a large main room that adjoins the kitchen and bathroom, above which is a sleeping/work loft. Some units feature a second loft. First floor units have street-level patios accessed by large sliding glass doors, making good use of San Diego’s weather. The upper level units have both shared terraces and their own private patio spaces. 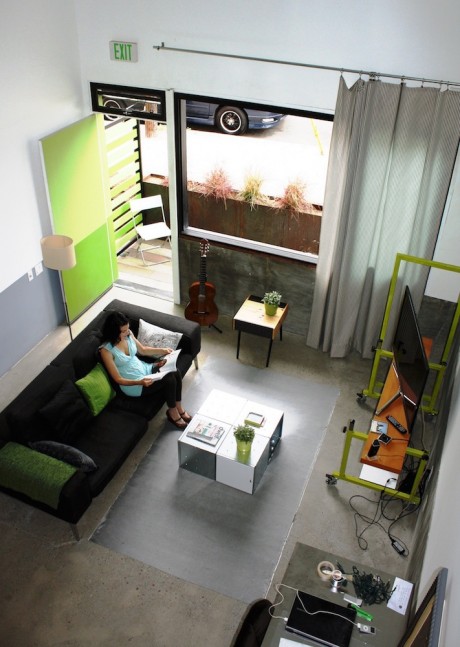 The building was built for $130 a square foot, which is about $50 less than San Diego’s average cost for building multi-family homes. Perez and co achieved this by using simple, inexpensive materials such as board-formed concrete walls and plywood paneling. The interiors have a cool industrial chic look that is brightened up well by the ample windows.

The tenants of the La Esquina are all current students, graduates, and instructors from Woodbury. According to a Dwell Magazine article about the building, tenants “meander into one another’s spaces to share meals, to collaborate, or to spontaneously gather in the afternoon,” making it ripe for creative collaborations. 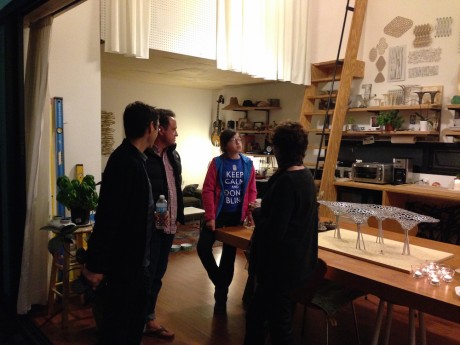 Many people speak of their days living in college dorms as some of their happiest. What dorms gave up in space and privacy was made up by built in social programming and conviviality. But as years progress, personalities and habits are forged, and people develop preferences as to how they want to live. The charms of shared living are supplanted by the desire for more control of their living environments. What’s great about La Esquina, from what I can see, is it retains many of the charms and infrastructural characteristics of dorm life, while providing the space and autonomy adults crave, all in a compact, efficient format.