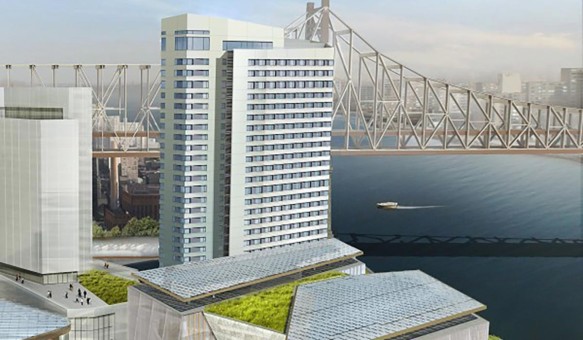 This site has touched on the Passive House standard in the past. When applied, the German-born energy efficiency standard allows a building, regardless of the weather outside, to stay temperate, comfortable and well-ventilated with no-or-low use of energy-intensive HVAC systems. A Passive House achieves this by making a building into an insulated air-tight structure, sort of like a thermos. Fresh air is constantly circulated by a mechanical ventilation system called an energy recovery ventilation (ERV); ERVs bring in fresh air and remove stale interior air while recovering the energy in the climate-controlled interior air. Because of all this, Passive House structures use 60-70% less energy than conventionally constructed buildings. But to a large extent, most Passive House buildings are on the small side–single family homes and small buildings. And many are in Europe. But the other day, the world’s largest Passive House building broke ground right here in the US of A–NYC to be less general. Even cooler (no pun intended), a portion of the 26 story building’s apartments will micro units (~350 sq ft). The remainder of its 350 units will be one, two and three-bedroom apartments. 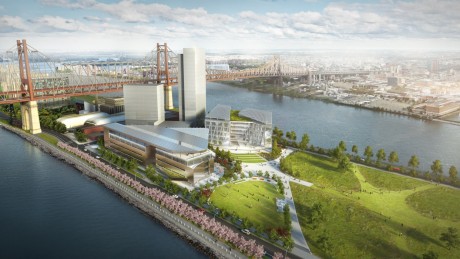 The building, developed in partnership with the Hudson Companies and Related Companies and designed by New York City-based Handel Architects, is part of Cornell University’s Tech Campus, an ambitious project on Roosevelt Island, which sits in the East River sandwiched between Manhattan’s Midtown to the west and Queens’ Long Island City to the east. The building will be an efficiency powerhouse, featuring 15” walls, triple glazed windows and a louver system along the southwest facade that acts as the building’s “gills”, which house the heating and cooling equipment and allowing the building system to “breathe.” The whole campus will contain 2.1M sq ft of building space and is designed to be net-zero, which means that between its energy efficiency systems and renewable power generation, the campus will produce as much or more energy than it uses. According to a Cornell press release, “Compared with conventional construction, the building is projected to save 882 tons of CO2 per year, equal to planting 5,300 new trees.” 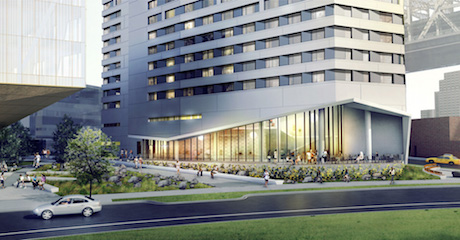 There’s is something alternately very dull and very exciting about Passive Houses. They can seem dull because, with the exception of some very sexy windows and the magic of ERVs, Passive Houses are bell-and-whistle free. There are no transforming spaces, no motion sensor activated furniture or what not. They simply take the best energy-efficiency practices and employ them (no glass and steel towers here). But they are also very exciting because they represent building design that works so much better than the status quo. And more specifically, the Cornell tower takes Passive House to a new, grand scale, and it brings it to one of the world’s densest cities, a context that for an increasingly urban world population, will be more and more relevant in the coming years. Cool stuff indeed.

Via NY Times and Cornell University