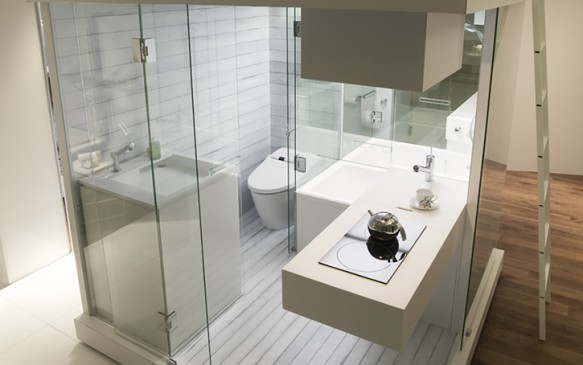 The Japanese have a knack for lending high-end design and materials to spaces Americans typically associate with dorm-rooms and halfway houses. Case in point is the Subaco Sanitary Unit from the Spiritual Mode corporation (we’re confident “spiritual mode” and particularly “sanitary unit” sound more elegant in Japanese). Subaco is an all-in-one bathtub, toilet, wash basin, kitchen, laundry and loft–all of which occupy a whopping 6 x 6 ft (2 x 2m) footprint. 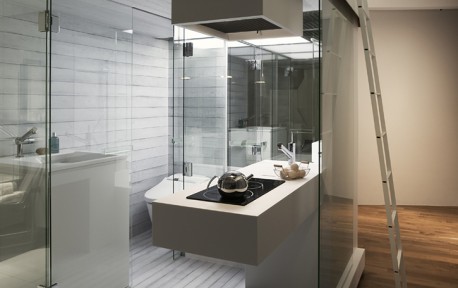 It looks like they have at least a couple varieties: the peekaboo model with glass walls for the WC (don’t throw stones–or anything else–whilst using it) and a model with solid walls. We can see all the bathroom fixtures and induction cooktop, which because of its flat surface and cool-to-touch surface, doubles as a countertop. There even appears to be a fan for the cooktops. We’re curious to see what kind of laundry machine is used. 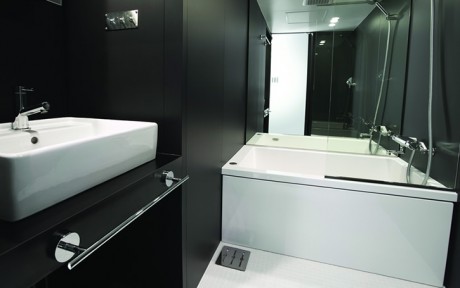 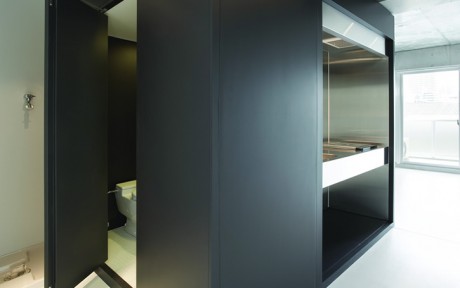 Presumably, these modular units can be plugged into any space; they look like they’re destined for the wan rūmu manshons we covered a while back. 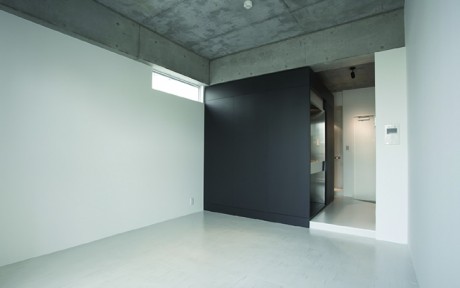 Most small American apartments employ the Afterthought School of bathroom and kitchen design–knees often knock into tubs and doors while on the can; fridge doors refuse to open in the kitchen; prep space is a joke.

We wonder if Americans were given such sleek and elegant designs in their small-space living options, whether they might be more inclined to scale back on their living spaces?