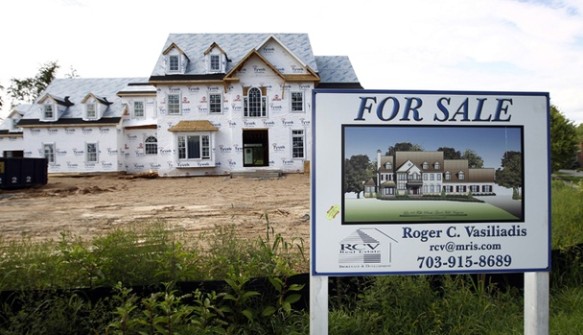 What Can be Done with the McMansion?

Some things seem inherently unedited: SkyMall catalog, Big Gulps, Hummers. And in the housing world, nothing says unedited like a McMansion. Their flabby floor-plans, 4 car garages and 1K sq ft foyers epitomize more-is-less living. That said, now that they’re here, what the hell do you do with them?

A few people are thinking about alternatives uses for the McMansion. After all, nothing is inherently “unedited.” A 10K sq ft home that’s used all the time might be more efficient on a per-user basis than a 500 sq ft space that’s rarely used. A Big Gulp split between 20 is an appropriate treat.

Rainbow Mansion is an example of a smart exploitation of the McMansion’s girth. The house (so named because of its location on Rainbow Dr.) describes itself as “an intentional community of driven, international, passionate, and socially conscious people trying to change the world.” The home benefits from its location in Silicon Valley (Cupertino to be precise), where open-minded, creative folks abound. That said, it still shows the possibilities of re-purposing an otherwise misbegotten architectural conceit in any locale. 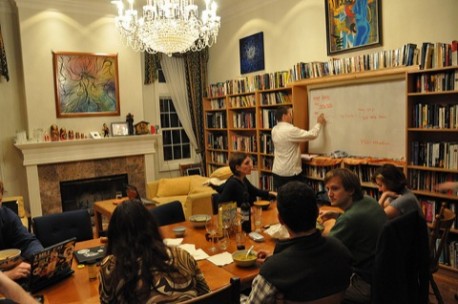 The 7 residents of the 5K sq ft space split a $7300 rent and are bound by their beliefs that they can change the world. Since its beginning in 2006, they have had “60 residents from more than 12 countries including 16 folks from NASA, 6 from Google and 5 from Apple.” The space features a library and hosts regular salons. The communal nature and shared philosophy have surely aided the home’s longevity.

Another example lies a bit east of Cupertino at the University of California, Merced, where students are opting out of dorms in favor of sharing foreclosed McMansions, according to an ABC news article. A home they profile houses 6 for $1800–i.e. $300 each, or half the money the dorms cost. While having undergrads in a residential neighborhood might not seem like the best fit, the town had been hit hard by the housing crisis and neighbors and realtors are happy to have the students.

Lastly, a project in Australia–a nation whose homes’ haunches rival the US’s–called Reincarnated McMansion is looking for people who have homes that exceed 360 sq m (3875 sq ft) to volunteer their homes so they can be tore down; two new homes will be made with the materials. While an enticing idea, there’s no indication that anyone has signed up to date.

There are of course limitations to converting these types homes. You can usually only have so many unrelated residents in the same home (code is probably more lax in CA where co-housing is popular). McMansions often have double height rooms that are tough to convert. Also, McMansions are not known for their build quality, so it might strike some as specious to do anything with these monstrosities; Grist suggested we make them wildlife habitats. Nevertheless, these examples show that even things that epitomize excess can be made efficient.

Do you or anyone you know have examples of re-purposing McMansions or other large dwellings? Let us know in our comments section.