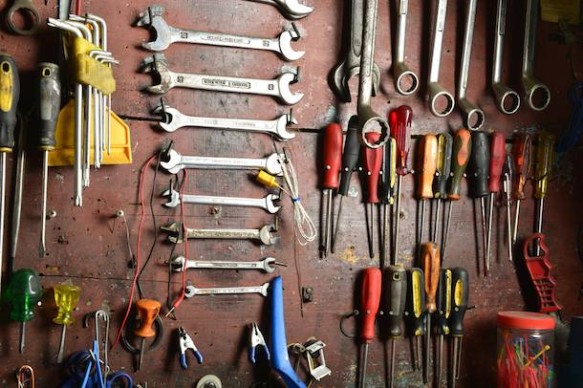 Some things seem inherently incompatible with small space living: Car collections, big game taxidermy, Richard Serra sculptures and extensive tool collections. While the former things have easy workarounds, for the DIY-disposed, the latter is often considered indispensable. Many people who need to store tools and a place to use them might find a 350 sq ft apartment insufficient for such tasks. There is a solution. Across the globe, tool lending libraries are offering builders an offsite place to source tools and in many cases use them.

West Seattle Tool Library‘s co-founder Gene Homicki told Christian Science Monitor that there are a number of significant advantages the tool lending library movement presents over private ownership. He says that due to their collaborative nature, they often become vibrant community centers (i.e. probably more so than your garage). In line with the spirit of the idea, several maker and co-working spaces have included tool lending libraries at their spaces; Homicki said many maker spaces started as tool libraries and evolved from there. At some of the libraries, people not only check out tools, but can learn how to use them as well.

Another advantage is the exploitation of unused resources. Homicki said to CSM:

We have an economy that’s uneven and sputtering at time…and we have this locked-up value that’s just sitting, whether in an attic, garage, or gathering dust in a warehouse.

These libraries get tools out of their dusty attics and tool benches into the hands of people who need them. An additional benefit is that they give access to specialty tools that you might only need once or twice–this is something even the most seasoned maker can appreciate.

One of the bigger issues of lending tools is keeping track of tools. While many libraries seem to use ad hoc systems with an administrator keeping track of a tool’s whereabouts, Homicki co-created something called myTurn. MyTurn is an online platform that gives libraries a way of tracking their assets and promoting the sharing of tools across private, public and municipally owned libraries.

If you want to find a tool library in your area visit Local Tools. If there isn’t one in your area, there are numerous resources to help you start your own such as the  How to Start a Tool Library guide and a webinar by the Center for a New American Dream.