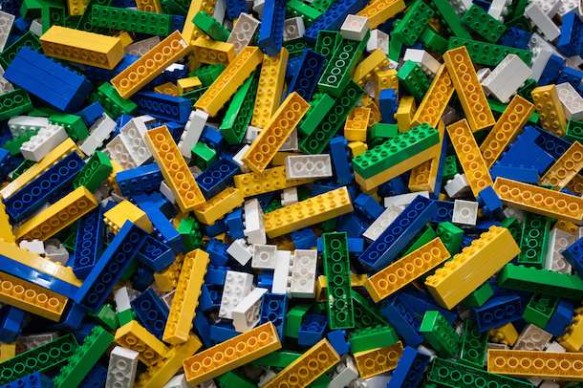 A new site called Pley is hoping to change the way children consume and use their toys…well, one type of toy at least. They are offering monthly subscriptions for Legos. Pley’s subscriptions cost $15, $25 or $39 per month, for small, medium and large sets respectively.

The subscriptions work much the way Netflix rents DVDs: fill up your queue with various lego sets from their online library; after the sets arrive in a box, you keep them for as long as you want; when you’re ready for a new set, return the old one in the box with a pre-paid label; wait a couple days and get some more. All the legos are sterilized before delivery in an eco-solution. You are allowed to lose up to 15 pieces per rental. Pley offers you the chance to buy the set at a discounted rate if your child isn’t so keen on returning them.

Pley’s has big ambitions for renting the small blocks. From their site:

Pley is a socially-responsible company that aims to change the way families consume products and spend time together. Leveraging collaborative consumption, we aim to raise a more creative and skillful generation that follows the principles of open-ended play while emphasizing the benefits of sharing, reducing waste and giving back to the community. Every set that Pley rents saves a tree over the lifetime of its rental. Todate, Pley had reduced waste by eliminating the wasteful production of 90,200 pounds of ABS plastic which resulted in a reduction of 3.9 million pounds of C02 emission.

The sharing economy has had the most traction with big ticket items like cars and hotel rooms where savings are hundreds or even thousands of dollars compared to the alternative, i.e. keeping a car on standby or standard hotel rates.

But the sharing economy has faltered for the smaller stuff where private ownership is cost-competitive with shared ownership. We looked at toy-sharing sites a couple years ago; one of those sites definitely closed shop and the other’s last sign of life was a Facebook update in October 2012. A follow up look at some other sharing sites for small stuff reveals a similar situation: dead websites and unsubstantiated announcements to re-launch the businesses. Getting people to pay to share–unless there is a big and clear savings to be had–still appears to be a tricky proposition.

Pley might make it because they offer something beyond conservation and high ideals. They offer a level of novelty that would cost hundreds of dollars to achieve if you were to buy the sets for private consumption.

So far so good. According to Fast Company, who spoke with Pley’s CEO Elina Furman, the business has grown their staff from two to 23, and “has shipped over 75,000 sets to over 15,000 subscribers from its San Jose warehouse.” We hope their success continues.