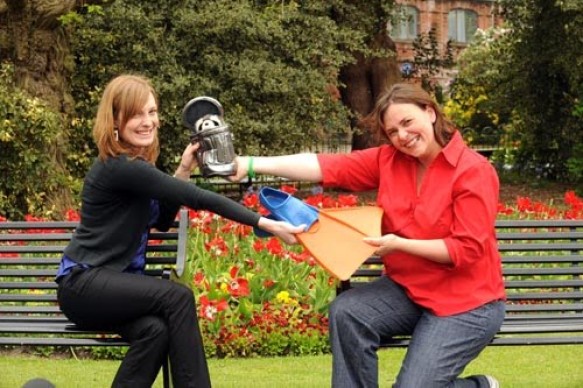 Is Swapping the New Shopping?

Part of the allure of shopping and getting new stuff is novelty. Humans like new things–it’s probably a neurochemical. The problem is that new stuff has consequences, some of which we elucidated yesterday.

A site called Swap.com gives a way of satisfying your new stuff jones without maxing out your credit, storage space or ailing planet’s resources.

As the name suggests, the site allows people to swap their stuff. The site has tons of useful items like cell phones, clothes and media. It’s a little like eBay insofar as people make offers on the swap–you wouldn’t trade your car for a cell phone after all. When a swap is agreed upon, the two parties work out the details like shipping and so forth. Swap.com does not take a cut (we’re not sure how they make money actually).

Security is a little dicey. There are user profiles, but the site’s security page suggests that buyer and seller beware to avoid “swap-lifting.” Like eBay, it’s a matter of establishing a good reputation and there are many users who do multiple swaps. They also suggest doing as much as you can locally, which is feasible for people living in places like NYC or SF.

There’s a subset of the swap economy that focuses exclusively on women’s clothes. Sites include Swapaholics, Clothing Swap and Swapstyle. The former two focus on live events and the latter facilitates online swapping.

Some might contend that this type of swapping is a watered-down version of pathological consumerism (a point made quite clear in Nightline feature above). This may be true to some extent, though the consequences of swapping are much fewer than buying new stuff. Just as important is habituating people to find other ways of getting the things we need.

Do you have experience swapping–either with these sites or informally? If so, we would love to hear your tips and experience.