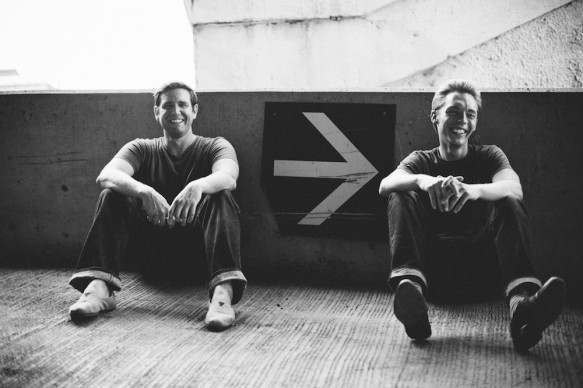 One of the clearest and most authoritative voices in the modern minimalist movement comes from The Minimalists. Through their the blog, books, social media, speaking and soon movie, lifelong friends Joshua Fields Millburn and Ryan Nicodemus spread the good word of living considered lives packed with rich experiences and meaning and devoid of superfluous stuff. The two do not preach from a hilltop–each know “the other side” intimately, having transitioned from auto-piloted lives characterized by paint-by-number corporate career tracks and ceaseless, thoughtless consumption. Through a variety of circumstances, they were compelled to ask themselves if a life filled with nonstop work and a bunch of toys (and debt) was all there was? For the last five years, they have been sharing their affirmative response.

I had the pleasure of meeting the two men during their “Everything that Remains” book tour. Both exuded a warmth and downright charm that lent a self-evident authority to their less is more message–a message that has been repeatedly buttressed by their entertaining, enriching prose found online and on paper.

Last week, I shot the guys a few questions via email and Joshua shot back some answers. Here they are:

David Friedlander: Your popularity–and that of the minimalist movement in general–seems to growing by the day. Why do you think that is happening now?

Joshua Fields Milburn: Simple living certainly isn’t a new idea. We can look back thousands of years—from the Stoics to every major religion—and find the same nuggets of wisdom. Minimalism takes many of those nuggets—what you and I might call “intentional living”—and applies them to a contemporary problem: nonstop, unabashed consumption. See, people are starting to realize that this meme of the American Dream isn’t making us happier. In fact, the opposite is true: even though the average American household contains more than 300,000 items, we’re more stressed, more discontent, more hungry for purpose. Compulsory consumption isn’t making us happy, and so many of us are looking for answers. Minimalism is one potential answer: it is a way to stop the madness, question what adds value to our lives, and live more deliberately with less stuff but more meaning.

JFM: Yes, that’s spot on. Ryan and I didn’t venture down this path for environmental reasons—not at first, at least. But we soon realized that when you consume less, you produce less waste, too. Obviously, there’s an inverse relationship between consumption and caring for the environment.

Now, to be clear: every human must consume, and so there’s nothing inherently wrong with consumption. It’s necessary. We must eat food, drink water. Plus, we all tend to purchase hygiene products, furniture for our homes, and other material possessions that bring us joy—books, music, etc. Shortly after the Industrial Revolution, though, corporations found themselves drowning in too much supply and not enough demand. So, via advertisements and various talking heads, people were told they needed to consume more. Even today, we are told to “keep the economy going” we must buy more stuff. But it’s easy to see that when we consume too much, we experience stress, anxiety, and depression. The key, then, is to consume responsibly by determining what possessions serve a purpose and bring us joy, and then eliminating that which is superfluous.

DF: You guys have a very strong web presence with your blog, Twitter, Facebook and Instagram. Many people have difficulty being minimal with the profusion of technology. How do you–or do you–stay minimal with your media consumption?

JFM: Our tools are only as good as the person using them: A chainsaw can cut down a rotting backyard tree, preventing it from impaling a neighbor’s house. Or, that same chainsaw can be used to hurt our neighbor, to chop him into tiny pieces. The same goes for technology. We can use Twitter and Pinterest and Google+ to enrich our lives and the lives of others, to communicate and share in ways we’ve never been able to communicate before. Or we can get stuck in social media’s Bermuda Triangle, careening from Facebook to Instagram to YouTube, lost in the meaningless glow of our screens. We can use our smartphones to photograph gorgeous landscapes, message loved ones, or map out directions to a distant national park (or—gasp!—to make phone calls). Or, we can use that same device to incessantly check email, thumb through an endless stream of status updates, post vapid selfies, or partake in any other number of non-value-adding activities, all while ignoring the beautiful world around us.

Bottom line: our tools are just tools, and it is our responsibility to ask important questions about how and why we use them. Because to become a Luddite is to avoid an entire world of possibilities, a better world that’s enriched by the tools of technology. If used intentionally, we can change the world with these tools. Or, we can do a lot of harm. It’s an individual choice, the world is at our fingertips, and it’s up to us to act accordingly. 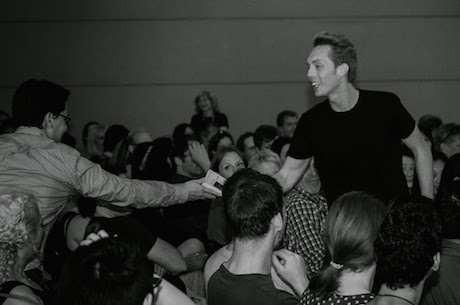 DF: Speaking of the web, I read your recent post about how you essentially turned down hundreds of thousands of dollars in Google adword revenue in order to maintain your site’s integrity (my wording, not yours). This is a pretty ballsy move, but one I wonder if totally necessary. You guys have expenses. Your readers buy stuff–even if it’s less stuff than most–so them buying that stuff off your page is not necessarily promoting shopping. Why didn’t you guys rationalize the move based on these seemingly complementary interests?

JFM: Personally I think most advertisements suck, but I also think you’re right: there’s nothing inherently evil about adverts. For us, however, it came down to our values and beliefs. Ryan and I constantly ask each other one question when it comes to our website: how can we improve the reader’s experience? And while I can’t speak for all readers, I can speak for myself: when I visit websites, listen to podcasts, or watch movies, most advertisements feel intrusive, unwelcome, and noisy. Ryan and I simply didn’t want to add to that noise.

DF: On a similar note, do you think that minimalism is intrinsically subversive in regard to traditional commerce? While you guys are all hugs and humility, isn’t it fair to say that your message undermines the market economy and the model of continual economic expansion?

JFM: Yes, minimalism is, by definition, subversive, and that’s a good thing because the system we’re subverting is the very thing that’s contributing to our discontent. True, if everyone immediately stopped spending their money, our economy would crash. Consequently, one of the biggest (supposed) arguments many people have against minimalism is that if everyone became a minimalist, then we’d all be doomed: the financial system as it stands today would collapse, and no longer would we have the wealth necessary to purchase cheap plastic shit from Walmart.

There are several problems with this point of view, some obvious, some a bit more abstruse.

First, no informed person would argue that we should stop spending money or that we must stop consuming. Consumption is not the problem; consumerism is the problem. Consumerism is compulsory, vapid, pernicious, impulsive, unfocused, misguided. Worst of all, it is seductive: consumerism’s shiny facade promises more than it can possibly deliver, because love, happiness, contentment, and satisfaction are all internal feelings that cannot be commodified, and the truth is that once our basic needs are met, the acquisition of trinkets does little for our lifelong well-being.

Using consumerism to stimulate the economy is like fixing a cracked mirror with a hammer. It only worsens the problem. Yes, trade is an important part of any society. Circumventing consumerism, however, doesn’t imply that minimalists sidestep commerce. Rather, minimalism is predicated on intentionality, which means we spend our money more deliberately. Minimalists invest in experiences over possessions. Travel, concerts, vacations, community theater, etc.: we can all spend money without acquiring a bunch of new material things.

Ultimately, minimalists aren’t interested in “stimulating” the economy. Stimulation is ephemeral. We’d rather improve our economy’s long-term health by making better individual decisions about consumption, getting involved in our community, and supporting local businesses who care. If more people do this, we’ll build a stronger economy, one that’s predicated on personal responsibility and community interaction, not a false sense of urgency and the mindless stockpiling of junk we never needed in the first place.

DF: LifeEdited.com features quite a bit of content about architecture and product design. I try to come from an angle of these things actually promotes lives with less stuff, but inevitably I find myself fetishizating them a bit, which runs a bit counter to minimalism. I guess I’m wondering: A. what is your general take on architecture and design, and B. how can we maintain an emotional distance from all the cool stuff that’s out there?

JFM: I, too, enjoy architecture, especially the elegance of minimalist, brutalist, and mid-century modern structures, where, by stripping away the unnecessary elements, we’re left only with beauty. Aesthetics are an important because beauty adds appreciation and joy to our everyday lives; and so the lesson, at least for me, is to avoid attachment: we can appreciate beauty without desiring to possess it in perpetuity. My home in Montana, while appropriate for my needs, is also aesthetically pleasing; but I needn’t be attached to my home: it’s just a bunch of wood and stone and wires—it is not a permanent fixture that defines me as a person. The material has only the meaning we give it, and questioning the meaning we give to our stuff is the basis of minimalism.

DF: What’s your favorite part of living the way you do?

JFM: Without all the excess in the way, I can focus on what’s truly important: health, relationships, passions, growth, and contribution. Those are the bedrocks of a meaningful life—not material possessions.

JFM: Yes, it’s not always easy. Hell, sometimes it’s downright difficult. You see, when you commit to something in a public forum—especially when you call yourself a “minimalist”—you have to stick to your principles, even when it’s not pleasurable in the short-term. Sure, that impulse purchase might give me a rush of dopamine in the moment, but the consumption-high rarely lasts past the checkout line.

DF: What’s next for you guys?

JFM: Our film, Minimalism: A Documentary About the Important Things, will hit theaters in spring 2016. Until then, you can find a bunch of video excerpts at TheMinimalists.com.