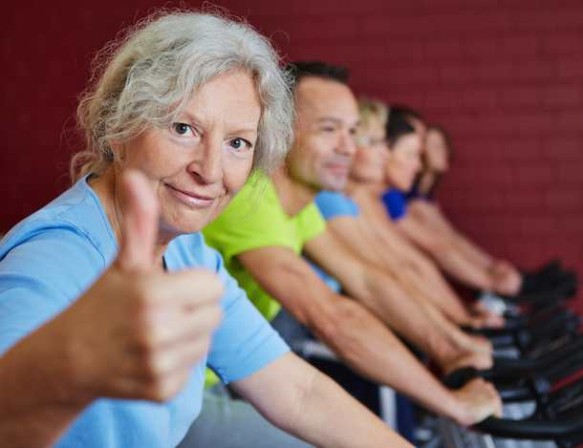 You’re Getting Older, Where Will You Live?

So often, the spotlight on micro-apartment residents shines brightest on the young. Recent college grads, twenty-something Bay Area startup employees and other unencumbered types are the people we imagine will live in 300 sq ft, Murphy-bed-equipped micro-apartments. But this assumption might be out of step with demographic realities. Empty-nested-baby boomers are retiring en masse and micro-apartments might be a perfect fit for their housing needs.

To illustrate what the US housing market will have to contend with demographically, here are a few stats from a US and World Report article:

In other words, there are more seniors, living longer, with less money, primarily living in and around urban areas. The trend toward building bigger houses, with their huge lawns to mow, interiors to clean and mortgages to pay seems profoundly incompatible with our growing senior ranks.

Not only do larger homes make less sense in terms of convenience and economics, their isolating effects may even have a deleterious impact on senior health. According to the Yale Medical Group, social seniors showed reduced risks of cardiovascular problems, some cancers, osteoporosis, rheumatoid arthritis and Alzheimers. Conversely, antisocial seniors had higher blood pressure and greater risk of death (we thought the risk was the same for everyone).

Retirement communities provide one answer for housing seniors. There has been an increase in “age-restricted” (typically with a minimum age of 50) multifamily housing units recently: In 2012, 225K units were started versus 92K started four years ago. But with 18.5% of the over-65 population still working in 2012, and with many seniors enjoying robust health for many years past 60, the designation of retirement versus non-retirement is getting fuzzier by the day.

Another solution is the “Naturally Occurring Retirement Community” (NORC), which provide a transitional housing model. According to Wikipedia, a NORC is a:

Community that was not originally designed for seniors, but that has a large proportion of residents who are older adults (at least 60 years old). These communities are not created to meet the needs of seniors living independently in their homes, but rather evolve naturally, as adult residents age in place.

NORCs are cropping up all over the US. In NYC, the birthplace of the NORC, there are 27, all of which are Robert Moses-era “towers-in-the park” style apartment high-rises. Other NORCs take form in suburban developments and even rural areas.

What’s great about the NORC is that they use existing buildings and tenants. And unlike retirement homes, young and old live alongside one another. What’s less great is that they’re not purpose built. Some NORCs, because they were built around a full family, are not necessarily the best arrangements for the needs of seniors–people for whom smaller, more manageable spaces are a big plus.

In Seattle, where the micro-apartment controversy continues to brew, there have been reports that seniors are opting for the tiny digs because of their convenience and small price tags. Piggybacking on this trend, we would contend that micro-apartments and other varieties of compact living are perfectly suited for senior populations: They’re easier to manage, generally cost less to rent, buy and operate, they lend themselves to social living, they are typically urban and have applicability to non-senior demographics.

What do you think about this topic? Are you a senior who has discovered a great housing solution? Or are you faced with the scarcity of smart housing? Let us know your thoughts in our comments section.