Nakagin Capsule Tower: The Future of Compact Living, circa 1972

Don’t let its weathered facade fool you, the Nakagin Capsule Tower was one of the most innovative architectural designs of its day. Designed by architect Kisho Kurokawa, the Tokyo tower was completed in 1972 and the crown jewel of the Japanese “Metabolism” school, which, according to Wikipedia held a vision “for cities of the future inhabited by a mass society [that was] characterized by large scale, flexible, and expandable structures that evoked the processes of organic growth.” 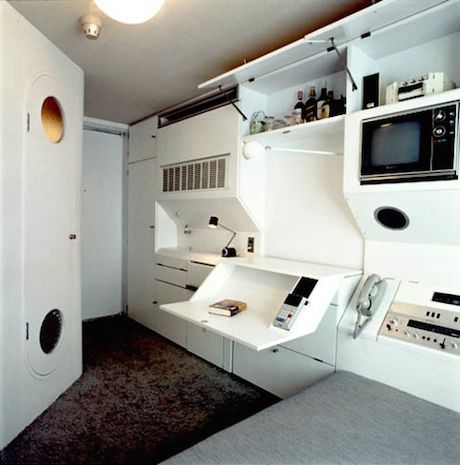 While many architectural concepts like this never see the light of day, the Tower was (and continues to be) the real deal. Each of the 140, 90 sq ft living capsules was detachable from two main concrete towers; you could also join smaller units to make bigger ones. It was expandable, upgradeable and repairable. In fact, when the 40 year old building was threatened with demolition a few years ago (a threat that unfortunately remains), Kurokawa proposed to replace the capsules rather than tear it down. The Towers still stand today; reportedly, half of the capsules are being used as offices, while others are being used as part-time and cheap housing. One unit is even available to rent on Airbnb! 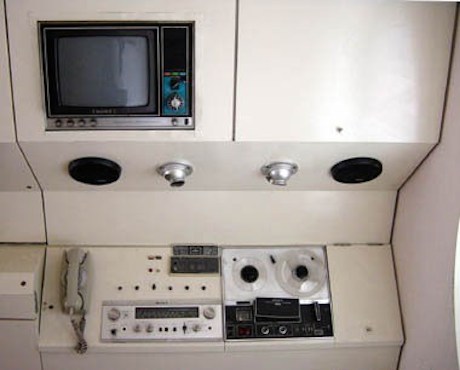 Though its execution is a bit dated (the interiors look straight out of “2001: A Space Odyssey”), the Nakagin Tower proves that architecture needn’t be bound to the orthodoxy of its day. As Nicolai Ouroussoff wrote in the NY Times, the Tower’s “existence…stands as a powerful reminder of paths not taken, of the possibility of worlds shaped by different sets of values.”

Of course some paths are not taken for good reason. Nakagin was plagued with problems such as problematic plumbing, ventilation and less-than-optimal layouts for the capsules considering their small size.

Despite its faults, the capsule tower stands as a pioneering design for micro, prefab living. As our housing needs shift, as we recognize new values and design a new world around them, we can look and learn from intrepid pioneers like Kurokawa, who saw the future as more than a continuation of the past, but as a creation of worlds that might be…and then we can add functional plumbing and windows and call it a day.

[This post was originally published on March 22, 2012. Some updates and images have been added.]