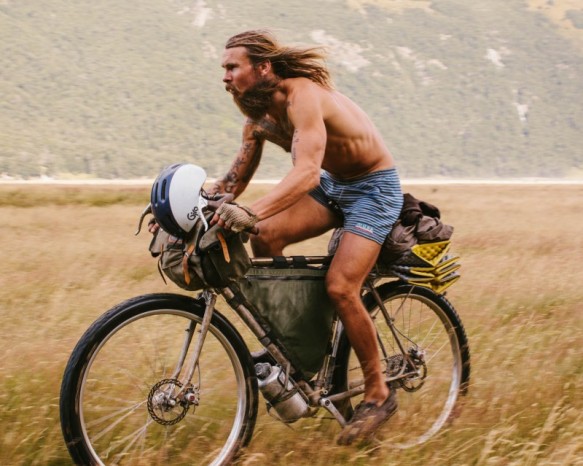 There’s something fairly epic about the life of Benedict, aka Ultra Romance, a tattooed, muscle-bound, bushy-beard-wearing, bike-touring, not-so-fond-of-working, foraged-food-eating, $10-a-day-living nomad. A recent article in Business Insider called attention to his adventures and I think you’ll be glad they did. While his lifestyle might not be for everyone, it is testimony that life can be as much a choice as a prescription. 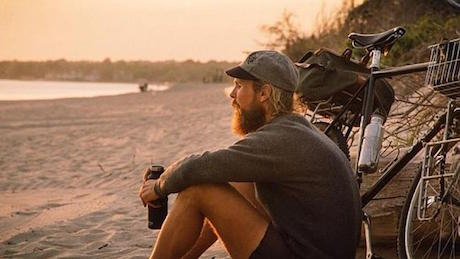 Since leaving college 15 years ago, the 35 year-old hasn’t spent more than six months in any one locale. He splits his year working and relaxing. Six months are spent as a commercial or charter fisherman. The other six are spent going where he pleases aboard his touring bike (he seems to be a big fan of Grant Petersen’s Rivendell Bicycle Works). He definitely falls into the “work to live” category, seeing it as a means to support his ultralight, adventure-and-relaxation packed lifestyle. He told Business Insider, “We have this preconceived notion of what success is in the modern world…[but] I’m not ashamed that I don’t like to work. It’s just very unnatural.” He says that in hunter-gatherer days, people worked a fraction of the hours they do today (BI pegs it at around 47 hours a week), and that most of their time was devoted to leisure. 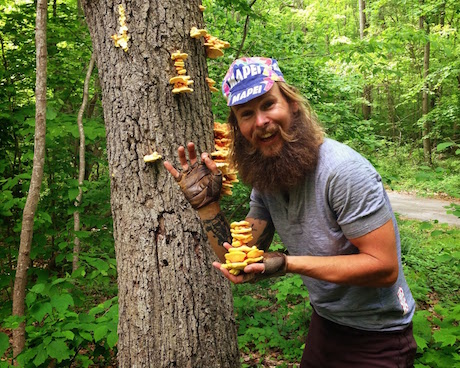 He says that he has his expenses down to a mere $10 a day. This is supported by the fact that he spends most every night camping out, claiming that he spent only 15 nights indoors in the last year. In terms of food, he supplements his simple diet with a healthy dose of foraged greens and berries. When he’s near the coast he eats seaweed and crabs.

It’s easy to dismiss someone like Benedict as an outlying kook–someone whose extreme lifestyle can only work in the most particular circumstances (i.e. single, healthy, male). But this dismissal would miss an important point. The fact is there are people choosing their lives all around us–they are single women, families of five, older folks and many other situations. What they all have in common is that they have chosen to have less overhead, requiring less money and work in order to support a life of richer experiences, deeper relationships and more leisure.

Read more about Benedict in Business Insider and check out his amazing Instagram feed.