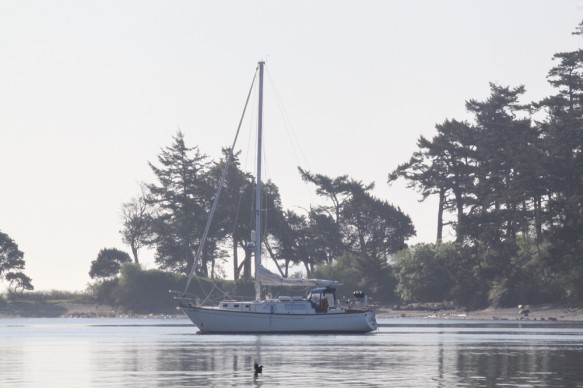 I stood staring at three framed documents: My veterinary school diploma, the certificate that acknowledges the completion of my residency and my board certification in small animal internal medicine. What was I going to do with them? I am nearing the end of a two year process of radical downsizing, starting as a big old house person, and now living in the smallest space of my life.

The process really started in 2007 when I moved from upstate New York to Seattle. The two homes I had owned were a 1890’s Queen Anne, and a 1920’s colonial. As a lover of old homes I had collected a large amount of antiques, many of which I had restored myself and those countless hours made them feel like a part of me.

I knew I would never be able to afford the same size and style of homes in Seattle, and the cost of the moving truck had to be considered. It was initially a painful process to part with things that I had put so much sweat equity into, but it started to get easier as the moving date arrived and the need to clear the house was immediate. The majority of the antiques were sold, with only a couple of pieces with strong sentimental value retained.

A New Life and a Different Perspective

Despite liquidating rooms of furniture, I filled a rented two bedroom apartment to the brim, with barely any space to move around. Once I found a condo to buy, I purged even more items to lessen the clutter and I had created some space which felt good. I had gone from 2300 sf to 1200 sf, but was starting to realize it was still fairly large for a single person. 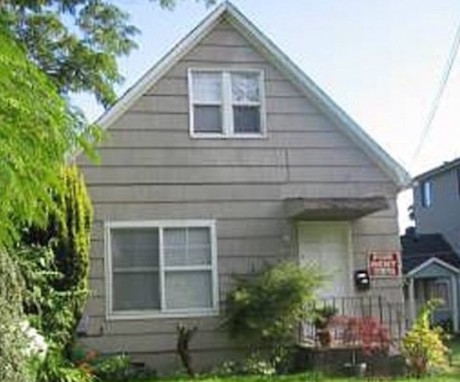 Things changed in 2013 when I accepted a job that allowed me to work from home and have more free time. I also now had the freedom to choose to live wherever I wanted, which was closer to the marina. I had learned to sail since coming to Seattle and I was hooked. Moving into the city from the suburbs presented new challenges in affordability, and again a downsize was in order. There were more trips to Goodwill, items gifted to friends, shelves of CDs converted to digital music, and boxes of books donated. Parting with possessions had gotten a little easier, and living without as much clutter felt better. I was down to 1000 square feet.

I never thought that I would be buying my own little sailboat, but within a year of the move, I did.  I had been in a sailing club and chartered, which had been perfect for my needs. I loved overnight and multi-day trips, and now that I was so near the water all the time, the need to have my own was intense. The deal I made with myself was that I needed to make room in the budget for moorage, so that moorage and rent were no more than my current rent.

Apparently another downsize was in order and I found a 350 sf studio. I had some tough decisions to make. A family antique radio cabinet and an old barristers bookcase were placed with good friends. Couch, loveseat, patio and dining furniture were given away. Clothing and shoes had become very easy to pare down, but books were always far harder to let go, but I did it. 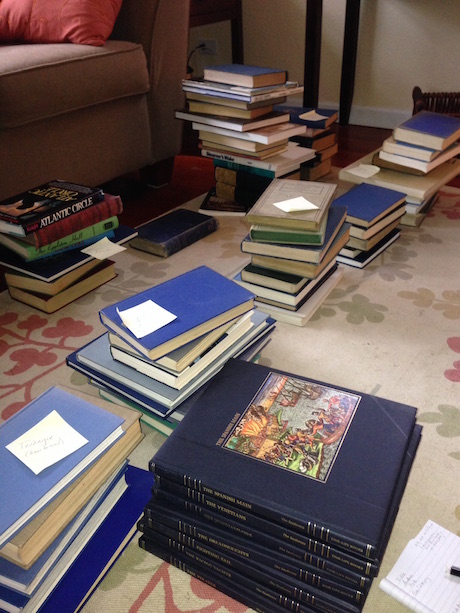 Unplanned and the Biggest Change Yet

I loved my little studio, and I would have stayed there, but I liked my 32′ boat better. I found myself staying there more and more nights, and working there during the day. I didn’t want to go back to my comfortable studio. I preferred sleeping nestled in my cozy V-berth, even with the inconveniences that come with living on a boat. I was essentially living aboard, but with the safety net of a place on land which contained the last of my “stuff”. It didn’t make sense to pay for an apartment I wasn’t living in–it had to go. 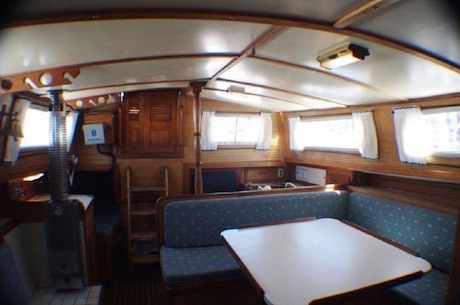 I am now down to less than 200 square feet with a 4′ x 4.5′ rented storage unit for boat related items, off season clothing, and some textbooks. The loss of my safety net is frightening, a little bit like a free fall, but at the same time it is exhilarating.

If I am very straight with myself, the diplomas and yearbooks serve no real purpose. When you live on a small boat, every item needs to have multiple uses and take up minimal space. Diplomas, yearbooks and old photos can be scanned.

I am more mobile and more free than I have ever been, and that is what I need to focus on. Yes, I’m walking into the unknown, but it is definitely not going to be boring.

Dana Brooks is an adventurer, veterinarian, sailor and cat-lover. You can find out more about her, her adventures, her boat and her cat at tinysails.com