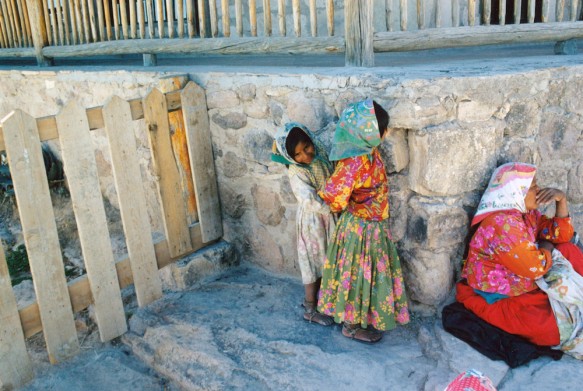 Right after high school, I was a bit of a shutterbug. Forgoing college for a few years, I traveled the world, always packing small autofocus cameras and large stashes of film. I took hundreds of shots of varying quality that captured these amazing times. Through several moves and a couple decades, these photos ended up in a Wheaties box stashed deep in my folks’ crawlspace. A few years ago, I selected a couple hundred of my favorite photos from this Wheaties box and put them into another box that once held a Motorola Razr–these became effectively all of my non-digital photos (the Wheaties box is somewhere in the crawlspace I suppose).

I still have an emotional attachment to these captured moments, but not a physical attachment to the paper photos themselves. I planned to digitize them long ago, but never got around to it. I finally decided to do it, using ScanMyPhotos.com–the decision based on a post I did about photo digitization (full disclosure: they offered me a promotional box when I asked for one). What appealed to me about ScanMyPhotos was their flatrate package. They send you a preposted, medium-sized USPS Priority Mail box, which you stuff with as many photos as you can. My photos only filled up a fraction of the box, but ScanMyPhotos president Mitch Goldstone said the box can easily handle 1800 photos. They receive the photos and send back the originals and a DVD with the digital image files. For those, like me, who don’t have an optical drive, they’ll send a thumb-drive for an extra $13. This whole process only takes 5-10 business days (mine took 5).

You can get the images scanned in either 300 or 600 dpi resolution ($145 and $235 per box respectively). They hooked me up with the 600 dpi service, but truth be told, if I were spending my own money, I would have opted for 300 dpi; 600 is really only needed if you’re blowing something up to very large size. 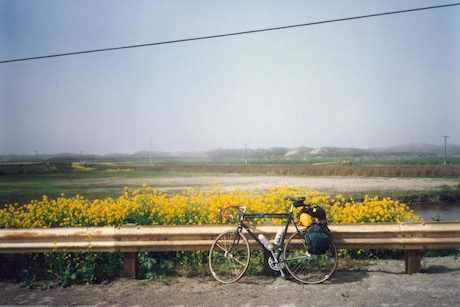 The scans came out great–or rather the great photos, of which there were many, came out looking great. Several of the photos had smudges and scratches, which the scans reflected. This leads me to cautionary note: If you go this route, be sure to inspect your photos before you send them in. Also, send them in sooner than later–as I found out, photo paper quality does not improve with time. 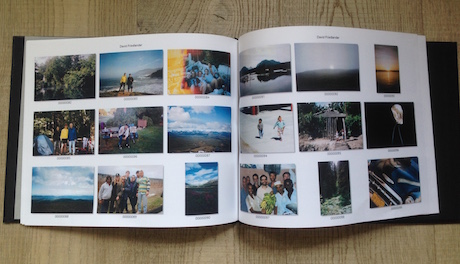 ScanMyPhotos also included in my order a bound book with thumbnails of my pictures on paper so I can thumb through the images ($175 extra). This is a very cool feature, though had I known they were going to include it, I would have sorted my photos out chronologically. Because I sent them a jumbled mess of photos, the images jump around in time quite a bit. That said, it’s handier than looking at them on a screen and the 8.5” x 11” book is far less bulky than a photo album and there is zero cellophane.

Another interesting add-on is their photo wash, which enhances and sharpens old faded shots ($70 per box). Most of my photos were less than 20 years old and weren’t too discolored, but I imagine the photo wash would help greatly in preserving older photos that have been ravaged by fading.

I still haven’t scrapped the original photos, but don’t see why I won’t. I don’t look at them save for a couple times a decade. The rest of the time, they just take up space. I suspect I am more likely to look at them if I post them online or even if they’re just hanging out in my digital library.

About cloud storage and sharing, Goldstone points to how ScanMyPhotos compliments Google Photos, which allows unlimited cloud storage, facial recognition, easy sharing and much more. He notes how cloud storage, like Google Photos or Facebook, has mostly been focused on backing up files that are native to digital devices, which for most of us has been the last 5-10 years. But he estimates that the average household has around 5500 photos–pre digital photos that represent a disproportionate percentage of our personal histories. If you’re looking to preserve and share your pre-digital photographic history while enjoying the clutter-less security of digitization, ScanMyPhotos is a good way to go.