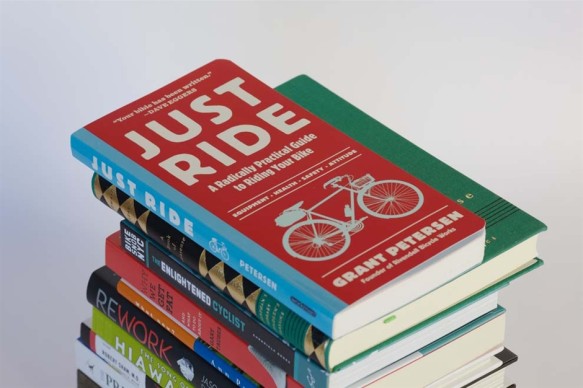 Yesterday’s post on the Hamper Test got me thinking about bike clothes. You see, back in the day, I worked at bike shops–five to be precise. The last one specialized in high-end road bikes and their ostensibly requisite gear. While I sold some stuff to racers, for whom shaving a half-pound off their ride might give a competitive advantage, the bulk of my customers were middle-aged men whose main sorties were medium-paced group rides and solo trips. You’d think, given how these guys used their bikes and their physiques (read: not lithe), they’d want fairly bomber, functional bikes. But no, these guys wanted super-skinny tires and obsessed about their gear as if they were Jan Ullrich making a podium push in Paris.

My last shop job was in the early aughts (hence the Ullrich allusion), when top-end bikes were titanium and the most cogs you could fit onto your freehub was nine. A top of the line bike–like the most expensive you could possibly make–would run around $8K. In following decade (let’s call it the Lance decade), things got entirely out of hand. Companies kept shoving cogs onto freehubs. Power-meters and electronic shifting became de rigueur. Everything became carbon fiber. It became totally normal for bikes to cost in excess of $10K–mid-level bikes with Ultregra! And who’s buying all this cool kit? It’s those same middle-aged guys (nobody else can afford it). It’s out of hand. The trusty bike, so purposeful and simple in spirit, has become a techno-overkill parody of itself.

Enter Grant Petersen. Petersen founded and runs Rivendell Bicycle Works, a frame-builder and retailer of no-nonsense bike gear–stuff designed, not for screaming up L’alpe d’huez, but for normal people who like to ride their bikes. And lucky for us, he wrote a book a few years ago entitled “Just Ride: A Radically Practical Guide to Riding Your Bike.” 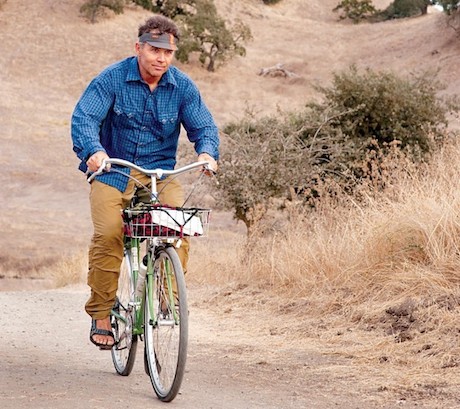 Petersen starts the compact, illustrated book by stating his mission: “To point out what I see as bike racing’s bad influence on bicycles, equipment and attitudes, and then undo it.” It speaks directly to the multitudes who have been led to believe they can’t mount a bike without a chamois on their asses. 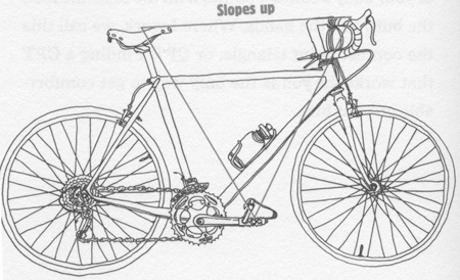 One by one, the Petersen debunks widely held assumptions about best practices for riding a bike. These include:

For some people, these aren’t revolutionary ideas. Bikes are for riding. Who cares about weight and going fast? But for others indoctrinated in racer culture, for whom lighter is always better, these are, as the book’s name implies, radical propositions. They were for me. Suddenly, biking became a lot easier to do and prepare for. I haven’t worn my bike shoes since reading the book. When I put together a new bike, I built up a 30+ lb all-rounder with an eight-speed internal geared hub, bomb-proof wheels and full fenders (still no kickstand).

Petersen is clearly a very opinionated guy and not all of his opinions are to be treated as gospel, but one assertion is hard to contest: if you’re not a racer, why use the same bikes and gear they do? Racers, particularly pros, have sponsors giving them gear, they have lots of money on the line for them to succeed, they have masseuses and fitness levels a couple orders of magnitude greater than the casual rider (chemically enhanced or not). The vast majority of us are best served by solid, repairable and comfortable bikes (not cheap ones, mind you). For this latter category of rider, Petersen transforms biking into something it might not have been since we were small children: fun and simple.