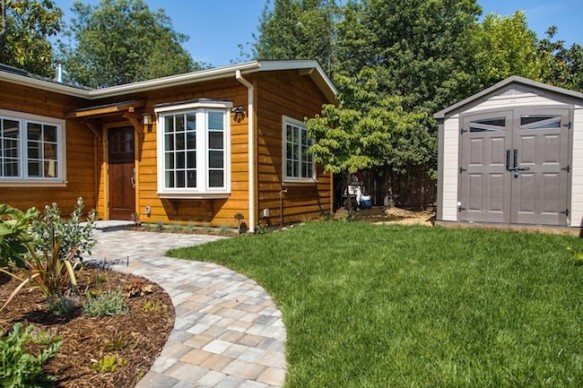 It’s the Little Things That Make A Difference

Unless you’re living in some self-sustaining, off-grid detached house, the fact is that multifamily, multi-storey housing in dense, urban settings–ones that are walkable and have access to public transit–are going to be your best bet for green, low impact living. But here’s the deal: most Americans don’t live in this type of housing–single family homes make up 70% of the American housing stock, and while people may be migrating back into the cities, the vast majority of them can or will not move for various reasons. Which leaves the question: how can we make the single family housing–and the sprawl that tends to come along with it–greener?

A reader tipped us off to the east bay town of Albany, California, which, like its neighbor to the south, Berkeley, has become increasingly hospitable to accessory dwelling units (ADU’s), both as a way to increase density as well as creating an “aging in place” strategy; ADUs can let older, emptied nest adults inhabit small dwellings behind the big homes that they might have once used for their full houses. We found this nice example in Albany on Tiny House Listing of how one family, through the addition of an ADU, turned a fairly typical single family house into a mini compound that housed three generations.

While ADUs are often used to house older generations, this particular one, at least initially, was used to house younger ones. The house owner of 30 years, Judy, invited her daugher and her daughter’s partner and child to come back and live at home. Rather than shacking up in the main house, they built a simple, 442 sq ft L-shaped home where a detached garage and patio once stood. 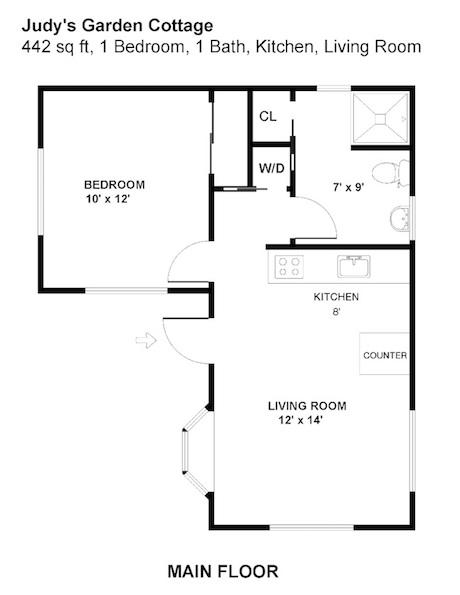 Judy worked with New Avenue Homes to construct the home (they seem to do a lot of ADUs). Tiny House Listing said this about its construction:

The family considered sustainability and stylishness during design development. They opted for reclaimed and recycled materials, non-toxic paints, solar panels, a large bay window, stained cedar siding, bamboo flooring, and an exposed wood ceiling. The structure is L-shaped and sits in a far corner of their backyard. A garden and walkway connects the main home to the cottage. Construction took around 6 months.

For reasons not explained, the home is now used as a rental investment property, though Judy plans to move in when she retires in a few years, presumably to have a low fuss home with a large rental property helping to keep living expenses very low. 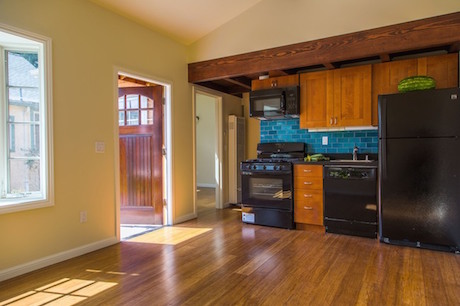 While inserting compact, multi storey housing in the millions of underutilized lots of American single family housing would be ideal, there’s pretty much no way that’s going to happen…at least any time soon. In the meantime, ADUs offer an elegant, livable way of increasing density in areas that might seem like they are immune to density. While Albany might not epitomize the American suburb (it’s near a BART station), Judy’s example shows how this can look, which, with its little pathway and garden, looks pretty good to us.