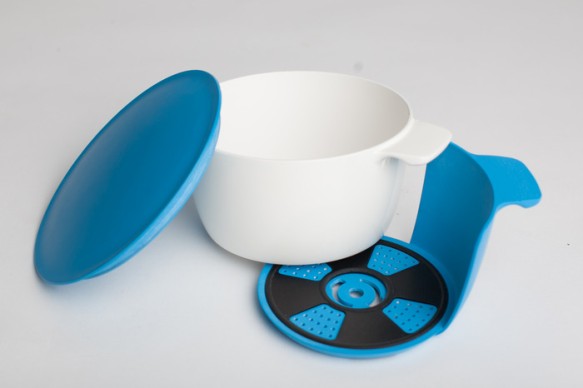 Eat, Strain and Store in One Bowl

Are you a big consumer of ramen noodles? Are you frequently miffed that there isn’t a simpler way of making this simplest-of-preparation foods easier to prepare? Yeah, me neither…but I still think a new product called the OneBowl is pretty genius.

The OneBowl is the brainchild of recent college grad Justin Herd, a frequent v of ramens and budding inventor. He was frustrated that it took so many components to prep a bowl of ramen: bowl, strainer, storage container (where applicabl vce). He wondered if there might be a simpler, more streamlined solution, one that combined those three components in one elegant (well “practical” might be a more apt term) solution. The OneBowl is his answer to that question.

The OneBowl has three components. There’s a base that, when twisted, allows for the passage of water through the bottom acting as a strainer; alternately, the base can be locked out making it a water-tight bowl. There’s a BPA-free, dishwasher and microwave-safe bowl, also perforated to match the holes of the base, which is used for both food prep and eating. Lastly, there’s a lid that makes the whole thing into food storage. 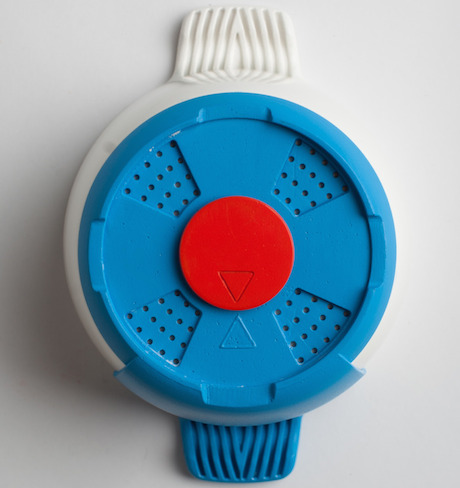 The OneBowl is designed for ramens, but I’d imagine it would work great for other types of pasta, vegetables or even things like grapes, which often need to be rinsed in a strainer then transferred to a bowl. Besides dorm rooms (its most logical application) we think it’d be brilliant on camping trips.

Like many products worth having nowadays, the OneBowl is launching through Kickstarter. Herd is looking to raise $50K to start up production. They still have a $16 early bird special that’ll fetch you a OneBowl. $75 will get you a bowl and OneBowl cookbook.

We love stuff that doubles and triple duties, especially when that stuff is as simply executed as the OneBowl. Should it take off, we hope Herd considers making metal or ceramic versions that’d work on cooktops and ovens for the non-ramen set.