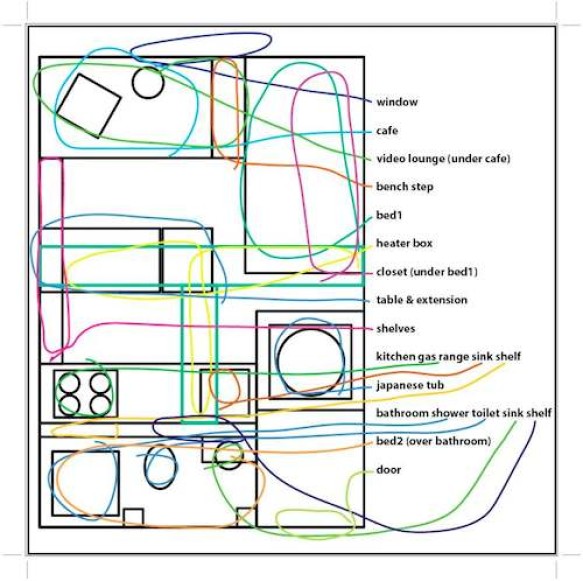 Steve Sauer is serious about efficiency. His 182 sq ft Seattle apartment has virtually no unused spaces and zero redundancies.

Fittingly, Sauer is an interior designer for Boeing and a holder of a Masters in whole-systems design. The genesis of began after he started looking for storage space for his stuff. When he found an available space in a coop building, he realized that with proper design, it could house him and his stuff.

He made a list criteria like being “quick to clean and have” and provide “room for current needs only.” Every decision had to be intentional. He claims that each product represents 10-100 hrs of internet research. What he couldn’t buy he made.

The result, which he duddbed “Pico Dwelling” (pico is 1/trillionth) is an amazingly efficient space featuring two sleeping areas, 3 levels, a recessed and covered Japanese soaking tub, a video lounge, a cafe and many other amenities.

Another intention Sauer had for the space was to “compress my home to squirt me back out to the community.” In other words, the space was so small, he’d have to engage his community. That said, he has had up to 10 guests in the space at a time.

Via Seattle Times and Oixio.com