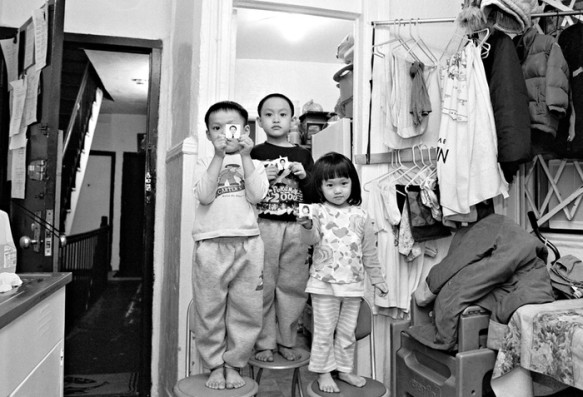 Several years ago I sublet an apartment deep in Manhattan’s Lower East Side. The railroad style-apartment was roughly 500 sq ft and had one bedroom, a kitchen/dining area and a living room. It was oodles of space for me. A boy named Kenny frequently knocked on my door seeking company and wanting to play games on my computer. He lived with six other family members in an apartment across the hallway that was the same size as mine.

Kenny and his family were, from all I could surmise, recent Chinese immigrants. And while sharing such tight quarters was most likely driven by available financial resources, there was surely a strong cultural component that allowed them to live together. For some cultures, living with your family in a small space is not so unusual. A new book called “The Lams of Ludlow Street: The Photobook” is taking a long look at one of these families and the culture that surrounds them.

The Lams are a Chinese family of five that at one point shared a meager 350 sq ft apartment, also in New York’s Lower East Side. Filmmaker Thomas Holton, in an effort to better understand his own Chinese heritage, has been photographing and getting to know the Lams for the last 12 years. The photobook, which he is funding through Kickstarter, tracks the family’s life through images and narrative. 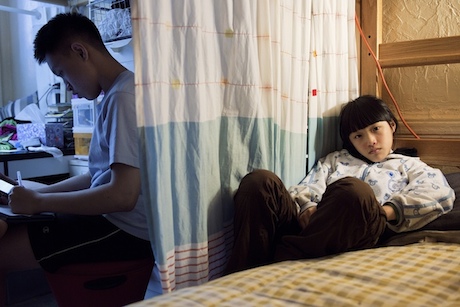 The Lams of Lulow isn’t necessarily a romance story of families sharing small spaces. The parents eventually get divorced (not a phenomenon limited to couples sharing small spaces, of course) and Holton speaks of witnessing, at certain points, a family that “seemed broken up physically and emotionally.” Rather, the book is meant to be an intimate and stereotype-free account of a family and culture that might seem very foreign to outsiders. It’s a view people who aren’t part of this Chinese community seldom get.

The campaign has already surpassed its $28K with 16 days left to go. Head on over to the book’s Kickstarter page and Holton’s site to see more images.