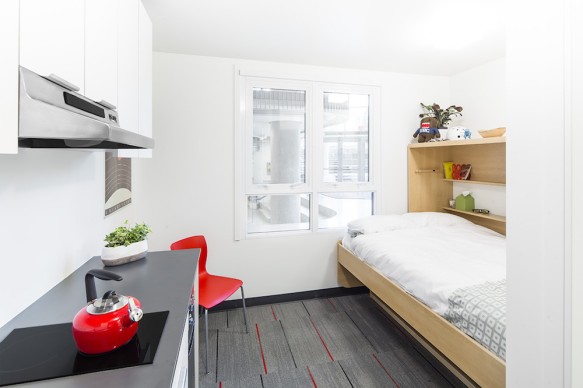 More than most North American cities, Vancouver has experienced a surge in housing costs. Apartments are up nearly 20% from a year ago, with the average price around C$450K (a modest uptick compared to single family houses, which jumped 28%, landing at C$1.83M). Needless to say, these kind of economic conditions are hostile to folks like students who might lack flush offshore bank accounts. As such, the University of British Columbia Vancouver is having an affordable housing crisis. The average monthly rent for student housing is C$1,000, but that’s if you can get it. UBC has a 6,000 deep waiting list. To alleviate some of this housing shortage, the school is now rolling out their Nano pilot housing program, which entails 140 sq ft, fully self contained units that will add a much needed bump in volume of campus housing and rent for a reasonable C$700. 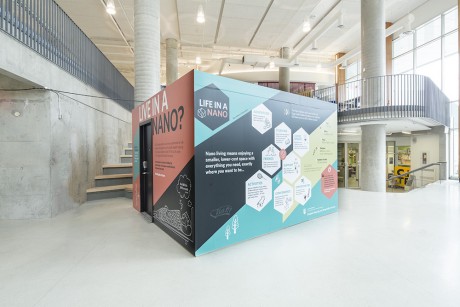 UBC is rolling out 70 Nano units in their Gage South Student Residence, which is slated to open in 2019. A demo unit is being displayed at the school’s student center through next month. 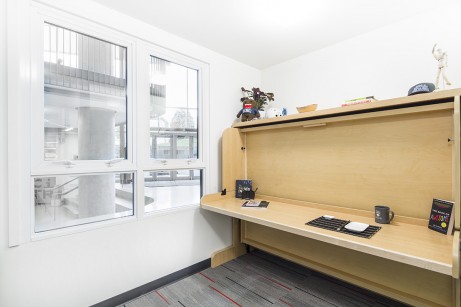 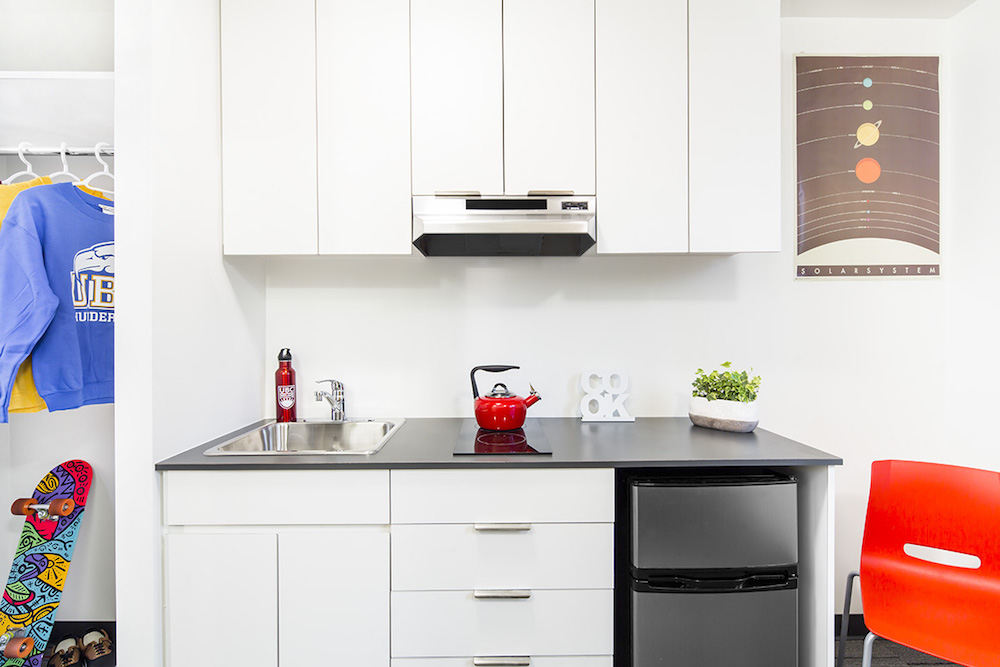 There’s nothing revolutionary about its design per se. It has a double bed that folds up to become a desk when not in use, a small kitchenette with cooktop, fridge and sink and a fairly commodious bathroom. There’s lots of white and light colors and windows that make the place seem pretty spacious relative to its actual dimensions.

While student housing isn’t a particularly guilty offender when it comes to making housing too large, the Nano studio addresses a need for a particular demographic, i.e. students who might be too mature for dorms with shared bedrooms, yet lack the need and expense of a larger, conventional off campus apartment. More than anything, the Nano brings us a little bit closer to destigmatizing tiny apartments, showing that they can be very livable and serve many populations who would otherwise be forced into unaffordable and/or substandard housing.