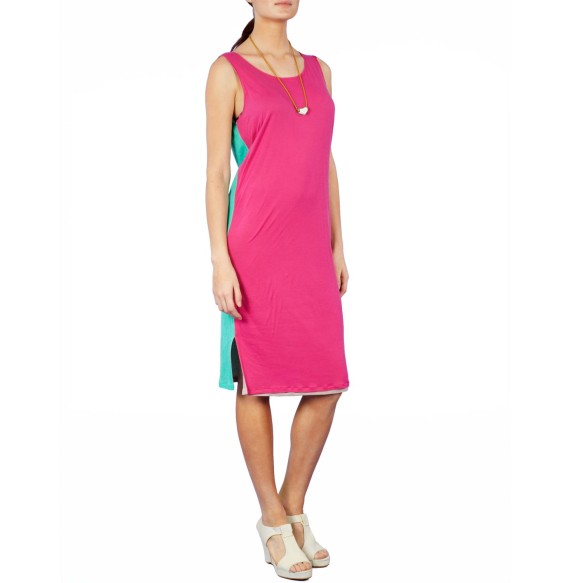 Editing life is often as much micro as macro. Sure, it’s cool to conceive of new furniture, homes and cities. But often small ideas are just as critical as big ones. Case in point is this Akan reversible dress from Loomstate 321. Its different configurations effectively give it the utility of 3 dresses, which for $228 is a great deal. It’s also made of an eco-friendly, wood-pulp-derived fabric called Tencel.

With small, smart wardrobes, we need less storage, smaller living units; there’s less laundry to do and more money in the bank. 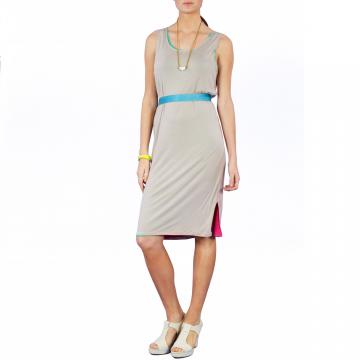 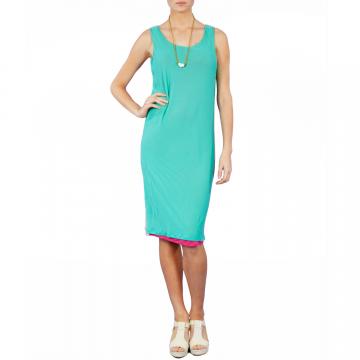 While this pink and teal version is nice, we might suggest their more subdued white/black/blue/yellow version. Part of living an edited life is choosing things that can be as versatile as possible. The author was confronted with this situation the other day. I wanted to buy a cool pair of moss green pants from Outlier, but given that they would be my primary pants, I chose the more staid grey. I knew the pants would be in heavy rotation and realized I ran the risk of being the “guy with the green pants.”

Via Vogue and Loomstate 321.