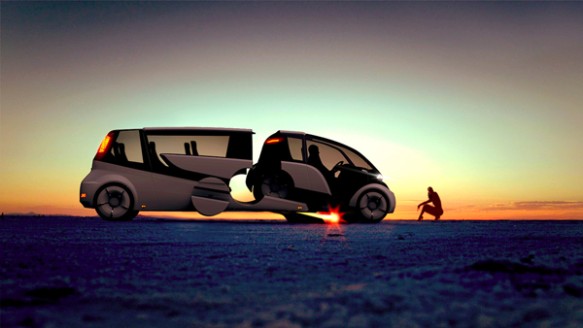 We tend to get a little zealous about the merits of biking, walking and public transportation (level of zeal in that order). But until further notice, cars have a prominent place in the transportation landscape. And though car-shares make sense for occasional use, many people use their cars way more than occasionally. Given that reality, the question might be what would an “edited” car look like?

There are many current models that could be considered edited–minimal transport that carry people and stuff without extraneous size, weight, features and horsepower. Cars like Honda Civics, Toyota Priuses (Prii?) and Ford Focuses. But what if you could design the perfect vehicle–one that could be a perfect commuter when commuting, a people and stuff hauler when needed? That’s the idea behind German designer Kenan Haliloglu’s Split & Go. It’s a Smart Car-sized EV commuter that extends to van-size via a removable cab. 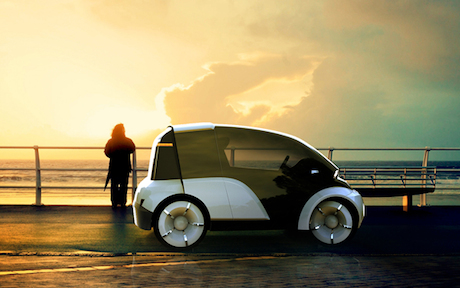 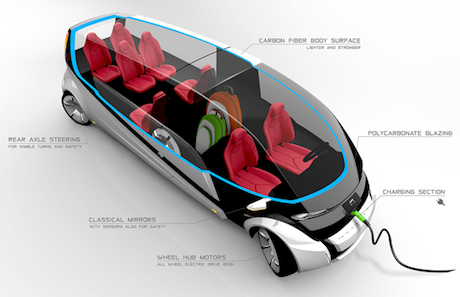 Haliloglu doen’t provide too much info on his website. We’re not sure why he made the tail quite as long as it is (seating for six in the rear seems a bit excessive). We imagine a version of the car could be made with a smaller cab or even various types of cabs: a pickup bed or camper for example. There are also issues such as the added weight of having three axels and storing the cab when not in use. 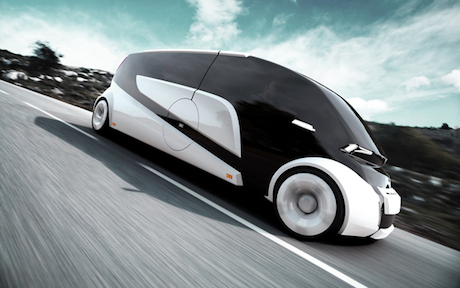 The odds of seeing a Split & Go on roads anytime soon are probably slim, but we think the idea of a single car that combines two distinct driving uses, an interesting one. If you must drive, might as well drive right.