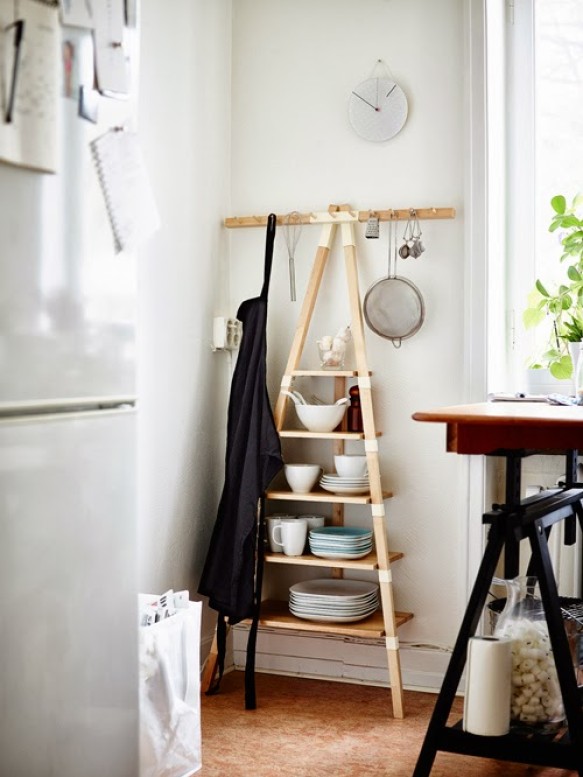 Consider this: IKEA is the world’s single largest consumer of lumber. In 2012, they sold $37B of furniture across their 349 stores in 43 countries. Love em or hate em, odds are, at some point in your life, your butt has sat on a chair whose name has an umlaut in it. So when this furniture behemoth throws its might into small space living, it’s a big deal.

IKEA has already given considerable energy to small space living. Many of their showrooms feature mockups of small apartments to show what’s possible with their furniture. However, it can sometimes seem like they are shoehorning big furniture in small spaces. Now, they’re going further, designing their PS 2014 collection specifically for compact digs.

The collection is called “On the Move,” so named for the urban, mobile customer it’s designed for–customers who might lack a big space and budget, and for whom the ability to port his or her furniture from one apartment to the next is a big plus. The collection’s promotional video (above) shows young folks carting their furniture around by foot, pedal and public transport.

There are a number of pieces such as the leaning kitchen rack and wire wardrobe that are both lightweight and ideal for spaces with minimal or no builtin closets (a common scenario for many apartment dwellers).

Beyond being lighter to move from place to place, the collection’s skeletal designs seem to rely less on the clunky, warping, delaminating particle board that is the hallmark of IKEA furniture. In its place is more metal and solid wood, which we imagine will hold up a lot better over time–a good thing even if the typical buyer of this stuff might not be thinking longterm.

It’s easy to dislike the idea of a big multinational corporation homogenizing our global interiors. But when that same corporation brings good design and quality to large populations at reasonable prices, it deserves to be taken seriously. We think the PS 2014 collection is pretty cool and will work for the way a lot of people live nowadays. It’s set to release in stores April 1.

Let us know what you think.