Nomads, Rebels and Off-Gridders: A Review of Microtopia Documentary

Beyond mere housing dimensions, one of the underlying things that interests us here at LifeEdited is the nature of home. What does home mean? How has it changed over the years? What will it look like in the future? These questions are very much at the fore in the documentary Microtopia. It’s a movie that scours the earth to find people with different visions of what home will look like in the years ahead. Director Jesper Wachtmeister of Solaris Films interviews eight different people–from architects to artists to “ordinary” people–who have come up with eight different interpretations of what home might mean in the future.

As the name implies, the common denominator amongst all the visions is small size (though it also implies a micro-utopia). There emerged three camps amongst the people interviewed: the nomads, the off-gridders and the rebels. 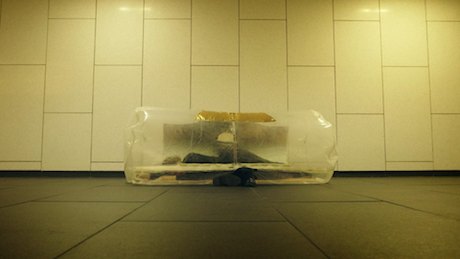 The nomads included artist Ana Rewakowicz, who presented a dwelling that is essentially a wearable cellophane bag that is inflated with a solar-powered fan; it’s just big enough to camping mattress (pictured above).

The off-gridders included John Wells, a former fashion photographer and set designer who traded it all to set up a homestead in the Texas desert. There is Richard Sowa, an Englishman living in Mexico who is trying to “heal the whole ecology of the world using trash.” Among other things, he is filling mesh bags with empty plastic bottles, tying them to shipping pallets, and floating them around the island he lives on; he then covers the pallets with sand and creates an undulating landmass. 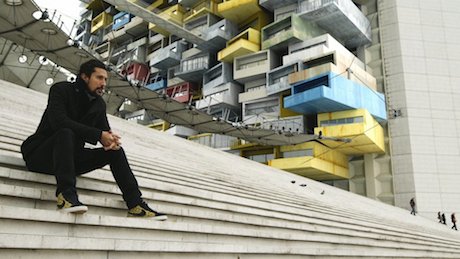 Then there are the rebels. Jay Shafer talks about tiny houses and creating an alternative for people who have been forced into housing that is larger than they want in order to sustain the economic interests that be. And Stephane Malka, a French artist who conceptualizes “parasite architecture.” He imagines cities “within the city that could create a pocket of resistance then grow.” One of his more dramatic examples is a concept that puts prefab living modules inside the Grande Arche of La Défense–it’s conceptually and aesthetically reminiscent of the Casa Futebol project we looked at last week. 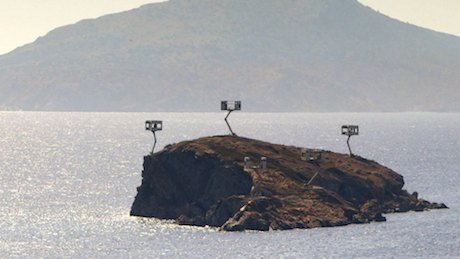 And there is Arstide Antonas, who kinda defies categorization. He creates tiny and fantastic dwellings such as the crane room picture above. These homes serve as frames to nature, offsetting small space with large views of the outside world.

Though the methodologies vary, the eclectic group seem to agree that the house as we know it–a paragon of stability, a place to store all of our stuff–is becoming something of an archaic ideal. Many of those interviewed point to the fact that the mountains of objects we once stored in our homes can now be put onto a harddrive. And others point to humans’ nomadic heritage; that we are an inherently mobile species and the artificial imposition of a fixed position, along with all that has come to entail (housing debt, ecological destruction) does not serve us.

With the exception of Shafer, the movie introduced me to a number of interesting characters I was not familiar with (I plan to expand on many of their work in the coming weeks). It also gave me a lot to think about. What do we as a society expect from our homes? How do our homes enable or prohibit freedom and happiness? If we were truly unbound from conventional housing ideals, if we began with our needs first and designed second, what would our homes look like?

Unfortunately, the movie is not available in the US right now (the filmmakers say it should be here in September). It is available to rent anywhere outside the US for $3.99 on Vimeo.