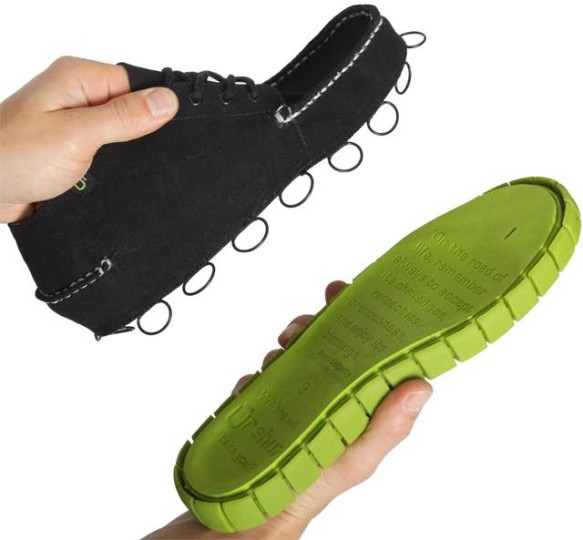 How many times have you bought cool and comfortable shoes that are great until their soles wear out? Most shoes today have molded soles that are very comfortable but nearly impossible to fix, leaving us with closets filled with shoes with pristine uppers, but shot soles. And yes, you can buy traditionally-soled shoes that are repairable, but they are not nearly as comfortable as most modern footwear.

A couple shoe companies are doing something about this conundrum–making modular shoes that are easily customizable and whose soles are easily and cheaply replaced.

First is a brand called Urshuz, the brainchild of a Grant Delgatty, a former Vans and K-Swiss designer. Uppers and soles are sold separately (pun unintended). The uppers have multiple rings that loop over channels in the molded sole to bind the two parts (see above). There are multiple upper styles ranging from flip-flops to leather medium-tops. The soles are a uniform shape regardless of upper style; multiple colors are available. 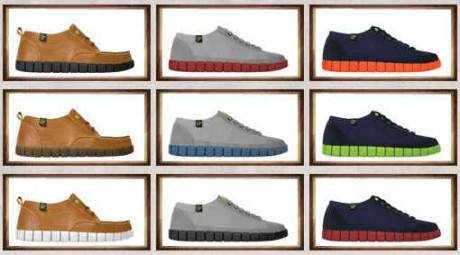 Uppers range from $20-50 and all soles are $25. Considering you can keep the uppers for a much longer time than a standard shoe, and even a modest sole repair is $20, we think that’s a good deal. They look pretty good to boot.

Zipz does a similar thing but with soles that are zipped to the upper. The Zipz styles are similar to popular canvas shoes like Converse, Keds and Vans. 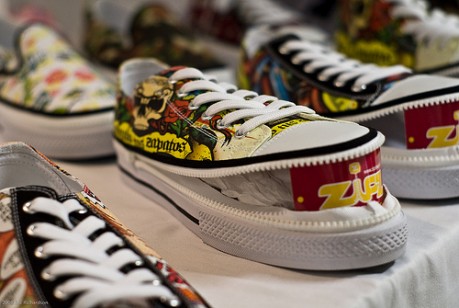 Uppers are around $25-30 and soles are $28. Upper/sole combos are available for $45-50 and there are kids and toddler versions that are a little bit less expensive. As a new pair of Converse is around $30, and often the canvas wears out simultaneously with the soles, we’re not so sure on the value proposition on Zipz, but the idea is nice.

In a world of planned obsolescence and designs that preclude repair, it’s nice to see some companies are making practical products whose life-cycle does not hinge on one of its parts wearing out.