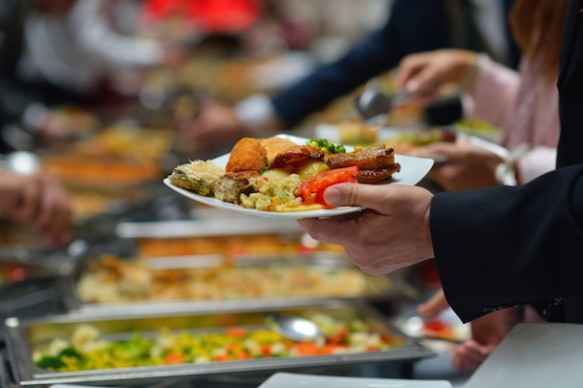 Maybe We Should Eat Less

We often write about the merits of living in smaller spaces with less stuff, but when pressed we admit these things have never been clinically proven to extend life. Eating less food, on the other hand, may. The life-extending benefits of a calorie restricted diet have been known for years; laboratory mice lifespans have been increased by as much as 40% as a result of a calorie restricted diet. Now another study suggests that humans too might benefit from taking one less trip up to the buffet.

A University of Wisconsin study that spanned 25 years took 76 Rhesus monkeys and observed their wellbeing as it related to the amount they ate. One group, the control, ate a diet designed to mimic the standard American diet (sometimes called SAD), which meant unlimited portions of food with lots of sugar. The other group had a similar diet, but consumed 30% fewer calories. The results were dramatic: the control monkeys had a 2.9 times higher risk of disease and a three-fold increased risk of death over the course of the study as compared to the calorie restricted group.

It should be noted that there is some controversy about how conclusive the UW study is. The National Institute of Aging conducted a similar study spanning three decades. They observed 120 Rhesus monkeys, split between a control standard diet and a calorie restricted one. But unlike UW, they found little difference between the two groups in terms of mortality rates.

The two research groups are now collaborating to come to some definitive conclusions about the benefits of calorie restricted diets.

We must say that the UW study seems to correlate with the way most Americans eat, with our virtually endless supply of sugary, far-from-whole foods. Coupled with the robust evidence supporting life extension in lab mice, we suspect cutting back on the calories (i.e. eating less) is a good, if not guaranteed, way of improving our health and possibly living longer.

Of course this is easier said than done. With tasty, sugar-and-salt-rich convenience foods lurking in every aisle and cupboard, the temptation to eat more than necessary is often too great to withstand. Here are a few tactics for keeping the calorie count low: