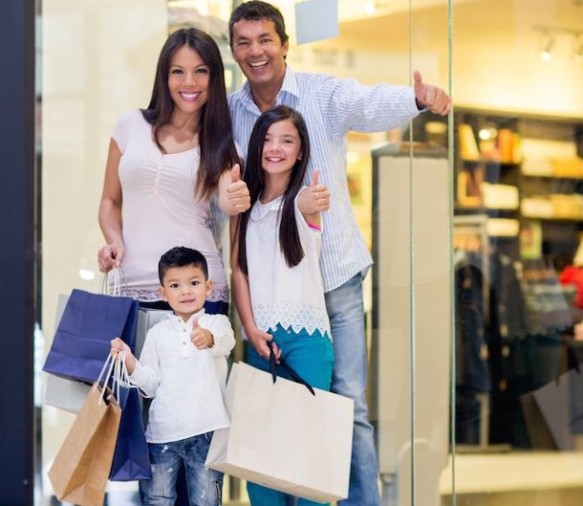 This is Why We Shop When We Don’t Need To

To someone who has drunk the less-is-more Kool-Aid, it’s easy to judge those who shop beyond their needs and financial means. Why do they need so much? Don’t they know what’s going on with our planet? Why would someone rack up credit card debt on something so useless? The answer, so says one study, is that people often shop driven by an earnest belief that the things they buy will make them happier, confident, complete people.

A study called “When Wanting Is Better than Having: Materialism, Transformation Expectations, and Product-Evoked Emotions in the Purchase Process” sought to get to the heart of why people shop. What author Marsha Richins found was that people expected a whole lot from their purchases. Those surveyed thought a purchase would make them happier–an expectation that was particularly true for people considered materialistic (as determined by a questionnaire within the study).

The driving force behind purchases is what Richins calls “transformation expectation,” which is what it sounds like: people expect their purchases to have a transformative effect on their lives. Richins explains:

The idea that goods can transform consumers pervades marketing practice. Advertisements make both implicit and explicit claims about the transformations that will accrue to buyers (Braun-LaTour and LaTour 2005; Puto and Wells 1984). Indeed, some products are purchased expressly for their transformative powers, including cosmetics, virility aids, hair restoration remedies, and weight loss products, all of which promise a transformation of the physical self. Other products–breath mints and attractive clothing, for example–may enhance consumers’ self-confidence or other self feelings. Some products (a new computer, a GPS device for the car) can make one’s life easier, and others (books, music, or recreational equipment) can greatly add to the pleasure experienced in daily life. Indeed, one can argue that the hope for transformations such as these is the driving force behind the acquisition of many consumer goods.

The study includes several excerpts from those surveyed that articulate the narrative that drives people to buy. One woman thought a dishwasher would be the thing that would improve her standing in the world. She says:

I like my home and kitchen clean, and dirty dishes piled up do not make them look clean, and the moment you open the front door that’s what you see is the kitchen sink. If I don’t do them the first impression anybody, even the mailman, would have is “This lady really needs to get her act together.”

Others thought their purchases wouldn’t just improve their lives, but their relationships. One woman who wanted a larger house said this about her desire:

Another man said this about an in-ground pool he wanted to install:

My daughter would have something to do. It would enhance her life and keep her from being bored and therefore she wouldn’t be complaining to me because she’s bored all the time, and then I’d be happier, less stressed. [Apparently, this man wasn’t aware of the stress of maintaining a pool.]

This promise of improving your looks, confidence, comfort, relationships–your self–made people less averse to debt and mismanaging their money, according to the survey.

There was only one problem: the expectations of those surveyed were not fulfilled. They were actually happier before the purchases than after. The expectation and the desire elicited excitement and euphoria, but the acquisition of the stuff, save for a fleeting climax, failed to live up to the promise.

It should be noted that the transformation expectation was greater in those who were considered materialistic. These people, while excited about the upcoming purchases, were also more likely to worry about making the correct purchase. Non-materialistic subjects were less likely to expect a purchase to make them happy or worry prior to its acquisition.

So what does this all mean?

Two things we can deduce from Richins study: