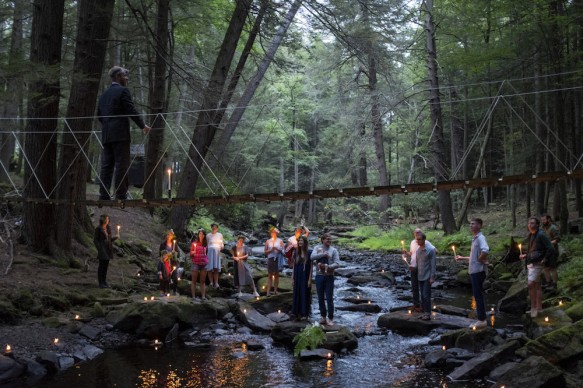 Individual tiny cabins out in the woods are nifty and all, but the architectural form’s real potential lies in community formation. Magic happens when you throw a bunch of tiny structures and people in a cluster to share resources, meals, skills and lives. This kind of magic has been happening at a 55-acre woodland preserve in upstate New York named Beaver Brook for the last five years. The property was purchased by tech entrepreneur Zach Klein for $280K as a place to commune with nature and friends. The Beaver Brook land came equipped with an amazing off grid cabin, designed by its previous owner, Scott Newkirk. Klein had more than a passing interest in small cabins, having started the appropriately named Cabin Porn blog, the web’s leading repository for gorgeous little cabins set in equally gorgeous natural settings (also a book). 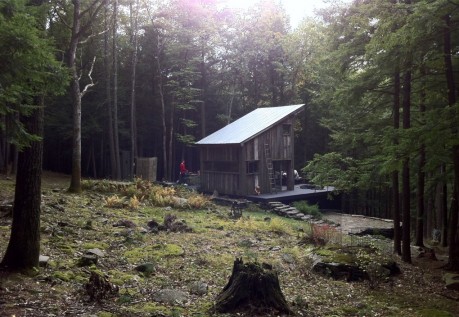 In the ensuing years, Beaver Brook has become an ongoing community and retreat (Klein, incidentally, has since moved to San Francisco). There are now additional cabins on the property, including a space-aged looking one by fellow Brookers Grace Kapin and Brian Jacobs and a bunkhouse built around the frame of a 19th Century barn. There are 20 regular “residents,” including five kids, who either pay a monthly fee for the bunkhouse or camping on the land, $150 and $75, respectively; these folks also help out with regular maintenance of the land doing things like path maintenance, according to the NY Times. Beaver Brook has guest stays, hosts weeklong building workshops and artist residencies as well. 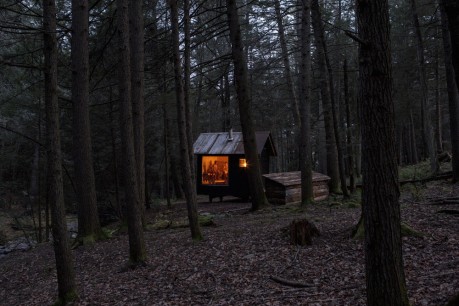 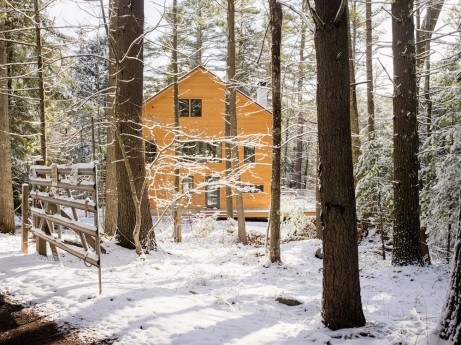