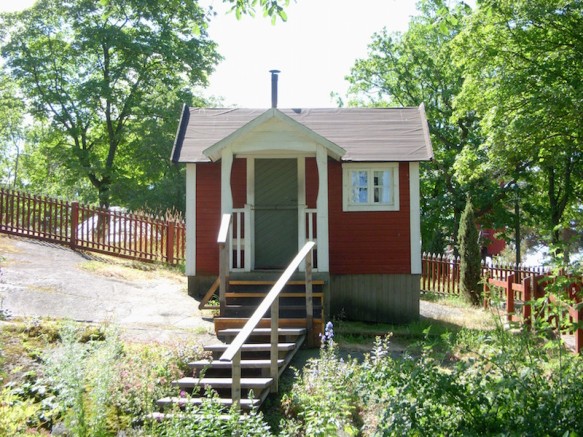 Who knew that Sweden has had tiny house colonies for that last 100 years? Apparently many Swedes knew, but this unimformed American did not. These aren’t “tiny houses” in the modern sense of the term. There are no trailers or composting toilets. But “kolonistuga” houses are indeed tiny, often measuring no more than 215 sq ft and having a porch no bigger than 64 sq ft. 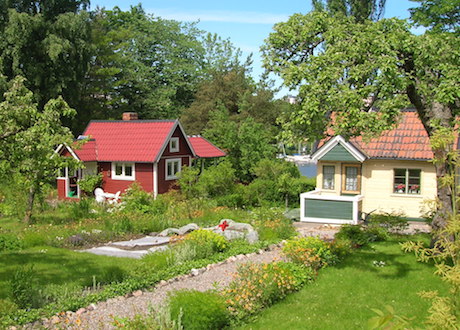 Kolonistuga are located in what are called koloniområde, which is a type of vacation colony for working class Swedes that became popular in the early 20th Century. Each property contains the kolonistuga and a small garden, or koloniträdgård. The gardens are actually the reasonkoloniområde exist–following WWI, the colonies were set up for city-dwellers to grow and supplement their food stocks as well as get out of their cramped homes. 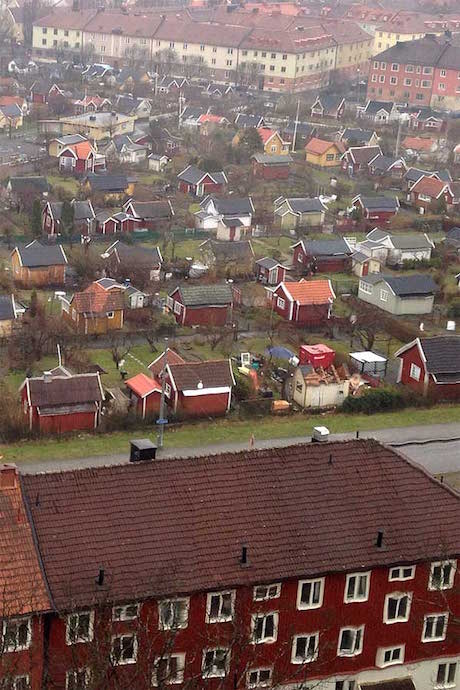 To this day, the kolonistuga must adhere to certain building standards, maintaining their diminutive proportions as well as traditional appearance. They are located throughout Sweden, in both the countryside and others, like Slottsskogskolonin in Gothenburg, smack dab in the middle of a city. Each house is individually owned, but the land is rented by owners. Houses are typically vacated during the winter.

Once upon a time, Americans had something like the koloniområde. Bungalow colonies once flourished in the mid-20th century, mostly around the Catskills and Poconos as well as the shores of New York and New Jersey. Primarily used by Jewish Americans, they provided basic, affordable, community-centric vacation living, largely for city-dwellers looking to beat the heat and enjoy some sustained reprieve. 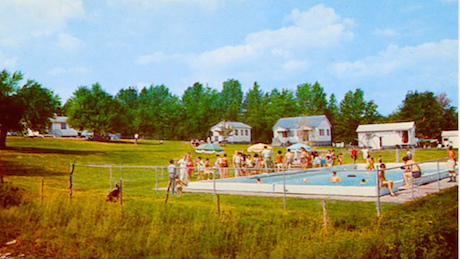 Unlike the koloniområde, which are still quite active, the popularity of bungalow colonies waned in the 70s and 80s, killed by cheap airline tickets and destination travel (some still exist though their numbers are few and most are used only by Hassidic Jews).

This diminished popularity is a damn shame for several reasons. First, going to Disney World for a week doesn’t have the same potential for forging lifelong relationships as going to the same place year in, year out. And one off vacations are a little like dabbling with respite, whereas having a bungalow is a commitment to it. Lastly, visiting various locations usually requires expenses like hotels and restaurant meals, all of which can be cost-prohibitive to people living on more modest incomes.

While there is a good deal of focus placed on compact housing as primary residences, it’s worth pointing out that it makes wonderful supplemental housing such as the kolonistuga or bungalows. The time to start building small, efficient and inexpensive holiday homes once again is now.