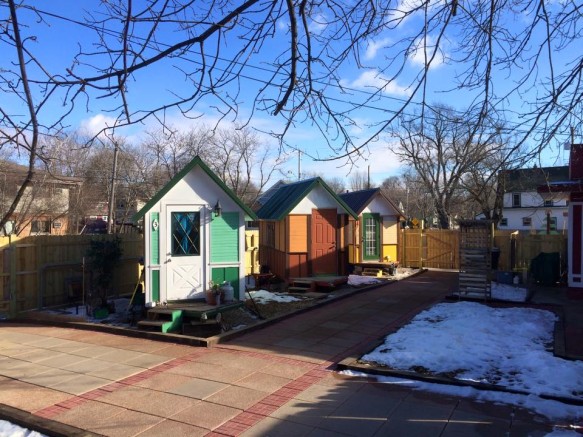 Sometimes this site features cool projects whose consummation is on some date in the far off–or not so far off–future. Well today, I wanted to do a little “where are they now,” having stumbled across two of those projects this last week, both worth mentioning. 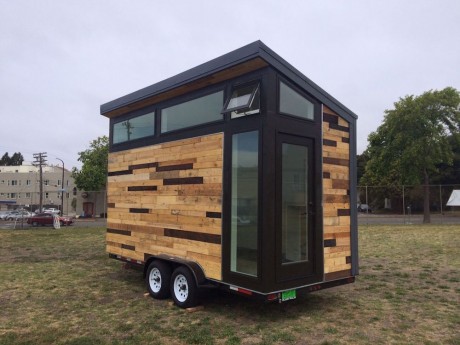 The first centers around the Project H Design tiny house design and build program. As you may recall, a whole bunch of middle-schoolers were charged with building two tiny houses. One was destined for Opportunity Village in Eugene, OR, where it would be used as a residence for the formerly homeless. The other would be sold on eBay. Well, the program is done and I’m happy to report that the house is for sale on eBay. 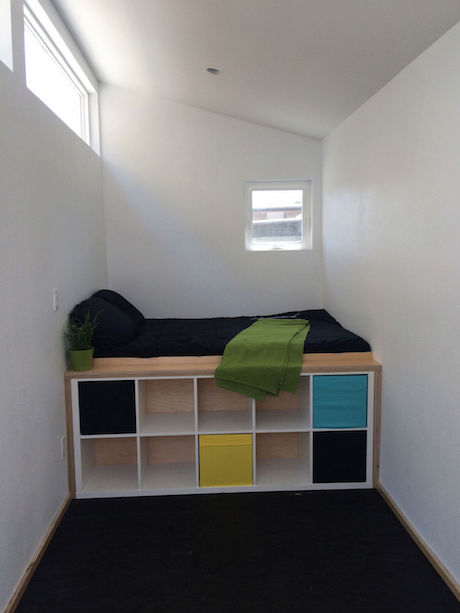 The handsome, trailer-mounted house measures a 100 sq ft. It’s basically an insulated shell at the moment. For furnishings, there’s only a platform bed, but I imagine the addition of a loft, kitchen and bathroom wouldn’t be too difficult. There is no plumbing, but there is electricity and four 250W solar panels will be included in the package. Head on over to eBay for more details or to buy the thing (starting bid is $10K with a bin of $20K). 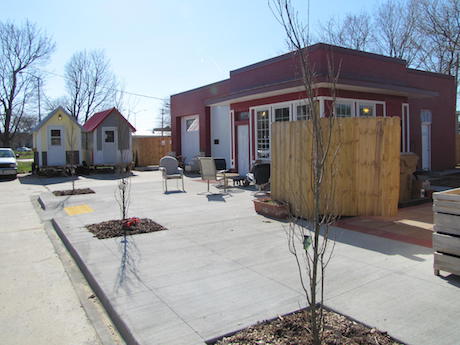 The other follow up is less about something that was projected to happen, and more about the happy next chapter in a cool endeavor. Almost two years ago, we reported about Occupy Madison Build, a program for creating tiny houses for the homeless. The program’s participants would not be given tiny houses; rather they were given materials and skills to build them. At the time, OM Build seemed destined to rot away in the “good intention” file. The problem was that you couldn’t park a vehicle longer than 48 hours in Madison, so the tiny house dwellers were constantly having to move around town to escape fines. 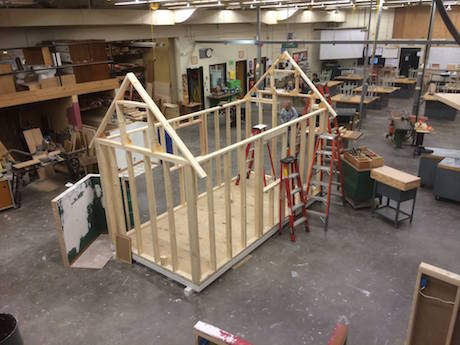 I’m glad to report that the project is still alive and well. Occupy Madison Inc, the corporation founded to support the project, purchased an abandoned garage, which now serves as a workshop for building the tiny homes. There are three inhabited tiny houses on the ⅓ acre lot. With a planned second phase, which will add a kitchen, community room and four more houses. They’re looking for some money, so if you have some left over after buying the Project H tiny house, consider chalking up a little more. Head on over to their site to donate or find out more info.