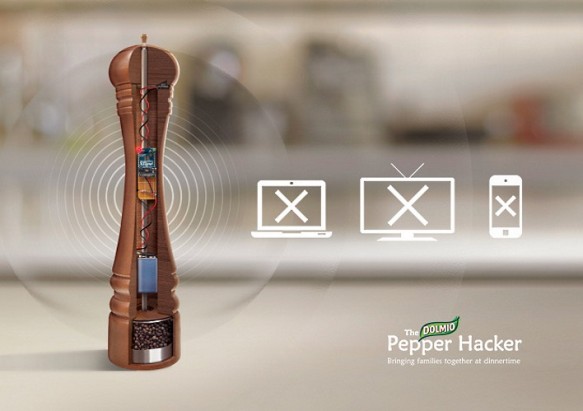 Reclaim the Your Life From Tech with this Pepper Grinder

It’s becoming harder to ignore the fact that pervasive technology use is having a corrosive effect on our ability to connect with other humans. Current research bears this out. One study found that the presence of a cell phone, even when not used, affected a subject’s ability to connect on a deep level and find empathy for others. Another study by the University of Maryland found that people who used a cellphone, even for a short period, were less likely to engage in behavior intended to benefit another person or society as a whole. And lest it seem like the problem is one rooted in youth culture, a Boston Medical Center study looked at parents and other caregivers cell phone use; they found that 40 out of the 55 parents and other caregivers observed used their phones during meals, resulting in children that were more likely to act out–and the extremity of the child’s acting out was in direct proportion to the level of the caregiver’s absorption with the phone.

The hijacking of mealtime by tech is something pasta sauce maker Dolmio wants to combat with their Pepper Hacker. It’s a full functioning pepper grinder with a tech-disrupting secret. When the grinder is twisted, it shuts down all wifi, cell phone and cable signals, forcing people off their computers, tablets, phones and TVs, leaving them naked with their un-augmented selves.

Dolmio made a pretty hilarious video of the grinder in action. It shows hidden camera footage taken from houses where the grinder is used. The families had predictable fallouts: tantrums and tablets were thrown, cable connections were checked and rechecked. But, alas, the world did not end. And once the initial withdrawal passed, the video showed families laughing and enjoying each other’s company. 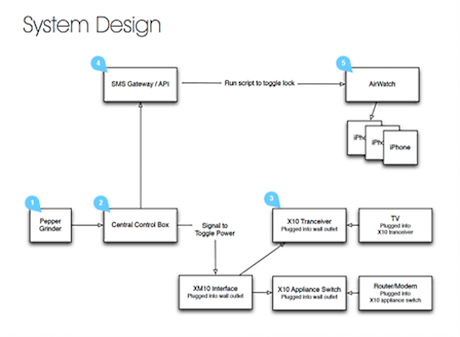 It’s not clear whether the Pepper Hacker is real or just a bit of brand-enhancing vaporware. The idea was the brainchild of advertising giant BBDO, however in an article in the Australian marketing journal mUmBRELLA, a BBDO representative said that prototypes were made and that the tech is legit (supposedly, the above diagram proves it). Still, there is zero indication as to whether it will ever be available. Even if it were available, I suspect some tech-savvy tot would trash it in short order. Also, call me pessimistic, but I think it might take weeks, not minutes before families start getting along after tech has been taken out of the picture.

Vaporware or not, the video and the ad campaign effectively highlight the need for the establishment of sacred, tech-free times. Times when our immediate environment and the characters present take precedence over whatever can be seen on a small LCD screen.