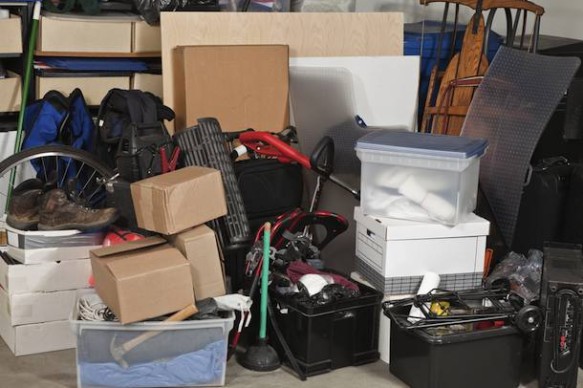 Yesterday LifeEdited founder Graham Hill had an op-ed published in the NY Times. The autobiographical essay entitled “Living with Less. A Lot Less” tracked  his progression from late-20s, flush-with-dot-com-cash, consumer extraordinaire to minimalist exponent. He writes:

My success and the things it bought quickly changed from novel to normal. Soon I was numb to it all. The new Nokia phone didn’t excite me or satisfy me. It didn’t take long before I started to wonder why my theoretically upgraded life didn’t feel any better and why I felt more anxious than before.

At present, the article sits atop the NY Times most emailed and most read lists. Like the TED Talk Graham gave almost exactly two years ago–a talk that has received over 1.7M views to date–the message of living more with less is clearly on peoples’ minds.

Rather than transcribing Hill’s piece, we dug through the comments, highlighting and commenting on some of the major themes.

My son, daughter-in-law and their baby live in Brooklyn in a 700 sq. foot condo. It’s very crowded and not functional. They know it can be made functional but they don’t (as yet) have the money or resources to do anything. I agree with you about living close to the bone, but it takes more than wishing to move walls, build new working kitchens, electrical, shelving, etc. Sometimes it takes money to live a “simpler” life.

Desertwaterlily check out 8 Tips for Editing Your Life that Work for Any Budget. While it’s true moving walls cost money, there are a ton of things to simplify your life that require little or none.

I’m 82 and live on and with the barest of necessities, for the less I have, the better I feel. I regularly go through my small house wondering what else I can get rid of. Minimalism is soothing, aesthetically appealing. I sometimes fantasize about living in a cell like a monk – a cot, a table, and a window.

Knowing what I know now, if I had my life to live over, at the age of 18, instead of sitting around devising plans for a cluttered life, I would put a knapsack on my back and with my dog I would leave the house and just start walking.

Thanks Sonja for showing that this is not just a young man’s game.

Most of the people responding to this article appear to have no children….I think it’s hard to live in small places with other people – children and adults – without separate sleeping rooms for them. Old people snore. Children are distracted by adult activities and truly need their own space to develop fully in western culture. A baby can sleep in the corner, but as they get older and play sports or pursue their own interests, they need space for their stuff and friends.

I noticed that the author does NOT have children and is NOT married. His life choice is highly unlikely to be replicated under different circumstances.

The “you-don’t-have-kids” argument comes up a lot. Neither Graham, nor anyone at LifeEdited suggest that everyone should live in 420 sq ft. Nor do we suggest the needs of a single person are the same as a family’s. Living with less might look like having ten toys instead of fifty or living in 1200 sq ft instead of 2500. And yes, this is written by someone with children.

Great. If the one percenters stop buying lots of stuff and stop building lots of big homes where will that leave the rest of us? Our economy is fueled by overconsumption. The middle class cannot do it by themselves!

We’re not sure if MGM was being serious, but this argument does occur to many as a potential problem. First, we’d respond by saying that if we destroy our environment, there will be big problems for every class. And because domestic manufacturing is almost extinct, most consumer dollars flow to top heavy corporations and overseas producers; this situation has been thwarting the American middle class for decades now. What if Americans started buying less stuff they could keep for much longer at fair market value? What if our stuff was made by skilled, well paid workers (foreign or domestic)? We don’t want to overstate our economic chops, but we think it’s fair to say the current system is patently unsustainable and we are due for another model.

That’s a nice article and all but I still want the Omega single auger juicer. It is a thing that I want.

Please, keep your juicer. No one is saying get rid of all your stuff. But what if we cared about everything as much as imadeamess cares about his/her juicer?

I believe your insights resonate only with people who have money and who are capable of owning stuff. You have come a full circle with consumption and then simplification. You are still financially capable to accumulate stuff. Thus, it is no longer a thrill for you. For people who are working hard, owning stuff(e.g house, car, etc) is an indication that they have arrived at a certain stage to acquire what they wish. It is not always easy when one couldn’t afford something other people discard regularly.

Sam93 brings up a very good point. In many articles that focus on Graham, he is often charged with “easy-for-you-to-say”–that most people don’t choose less, but are forced into it.

There are certainly many people who cannot afford even basic items and no one is trying to minimize their plight. However, as Graham tried to convey, the stuff issue–as well as the inflated home one–affects those with even very small incomes. Big box stores and 99 cent stores and cheap housing, fueled by easy credit, have made torrents of stuff and space available to almost any income level.

What Sam93 says about stuff-as-status is astute. We live in a culture where consumer goods are used to demarcate success–even if they undermine our happiness and wealth. Whether the mainstream will every “choose” less–rather than being forced into it–remains to be seen, but we’re optimistic!

I realized how little meaning “stuff” has when our house was on fire and my husband and I were frantically trying to save the lives of our pets. I realized later that neither of us had stopped to try to rescue a single thing: not jewelry, not computers, not even money itself. Only life mattered. That was over 15 years ago, but the message remains as vivid to me as it did that day.