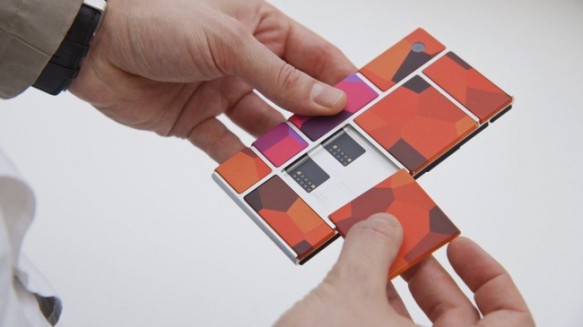 A Smartphone for All Seasons

About a year ago, we reported on a concept smartphone called Phonebloks. It was made up of modular, replaceable, upgradeable blocks that contained the various components of the phone (battery, processors, screen, etc). We thought the phone a revolutionary idea. The average American replaces his or her cell phone every 18 months. Phonebloks would allow people to repair damaged phones or upgrade outdated ones without getting a whole new unit. But like many great concepts from small firms–especially ones that might significantly undermine the lucrative planned-obsolescence trade–we weren’t going to hold our breath waiting for its release.

Project Ara is a phone very much like Phonebloks with a couple big differences. There’s a functional (albeit still buggy) phone in existence and it’s being developed by Google’s Advanced Technology and Projects (ATAP), who plans to release a fully functioning prototype by January of 2015. 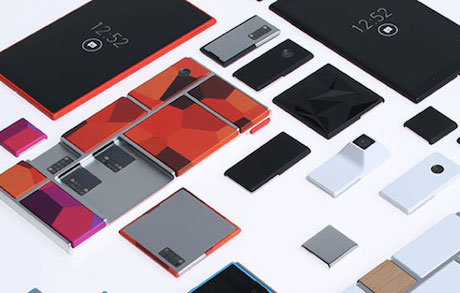 The phone’s resemblance to Phonebloks is not coincidental. Project Ara began a few years ago over at Motorola, who was later bought by Google (who later sold Motorola to Lenovo, but retained the rights to Project Ara). Though Phonebloks released their project independently in September 2013, they started working collaboratively with the Motorola/Google team late last year.

Google’s intentions for the phone are twofold: 1. To offer an upgradeable phone that can last for several years, and 2. offer an inexpensive smartphone that can be both repaired and upgraded for the world’s vast populations. There’s no report on exact pricing, but Engadget reports that a “Grey Phone,” which includes a screen, wifi module and processor, will cost Google $50 to make. Compare that to a 16GB iPhone 5S, which costs Apple at least $199 to build according to CNBC. This basic phone would provide a platform for countless upgrades depending on user needs.

Google plans on making the phone in mini, medium and large sized versions, and because of the flexibility of its design, there will be the ability to add various different specialized “modules” like a credit card reader and pulse oximeter.

The smartphone has become an indispensable piece of equipment for billions of people, but with this ubiquity has come a major e-waste problem. While Project Ara might not be a cure-all to this problem, to us it represents a different type of design, where traits like repairability and longevity are ideals, not happy accidents. We hope to see many more products like this in the coming years.